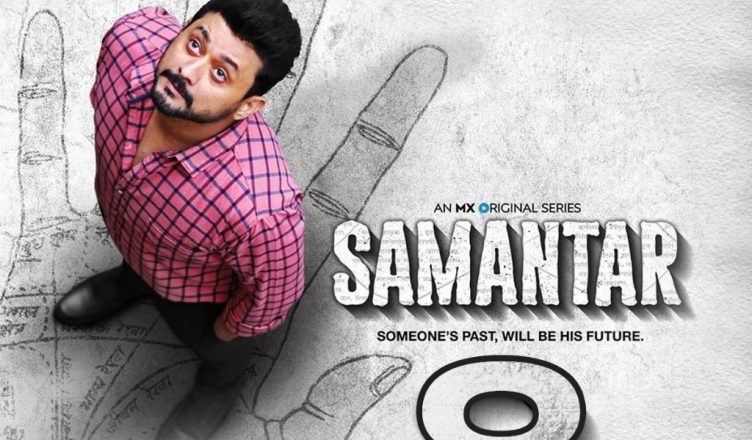 Swapnil Joshi, who has carved a niche in television and movie industry, has now excelled in the digital space as well! He, for the first time, appeared in a web series, in Marathi, titled Samantar. It was also the first time that Arjun Singgh Baran and Kartk D Nishandar of GSEAMS (Global Sports Entertainment and Media Solutions Private Limited), made their debut into the web series segment.

And their efforts have paid dividends. The web series which is being streamed on MX Player has got a significant number of views. Arjun and Kartik say, “The show has been a super hit in just 3 days as we have touched 8 million viewers. This has made it the most watched show in the history of Marathi web. Now it’s also entering into non-Maharashtrian pockets because of the Hindi, Tamil and Telugu subtitles availability.” They then add, “This success of Samantar gives us enough encouragement to produce more such series based on variety of subjects.”

Swapnil Joshi and Tejaswini Pandit play key roles in this series which is based on Suhas Shirwalkar’s novel with the same name. For the well-known director Satish Rajwade (of Mumbai Pune Mumbai fame), it is the first web series after directing a host of successful Marathi films, plays and TV serials.

Swapnil Joshi seems happy with the response. He exults, “Samantar, written by Suhas Shirwalkar, is one of my favourite novels. I had played a key role in the film Duniyadari based on Shirwalkar’s book a few years ago. He is a mighty writer and Samantar has proven to be a very good visual content. I am happy that I am part of Samantar and having got the opportunity to be associated with Shirwalkar’s name and work for the second time after Duniyadari. I am thankful to Mrs Shirwalkar and their entire family that they allowed us – me, Satish Rajwade and GSEAMS – to go ahead with the project and showed confidence in us to shoulder this responsibility.”

Swapnil Joshi adds, “Satish is fascinated by the book and is an able director for the project. GSEAMS has played a key role in producing the web series based on a fantastic story. The star cast and crew members have taken pains to produce a very qualitative series. I am playing a character called Kumar, which is very different from my other characters played so far. It was a challenge for me as an actor. I am sure the audience will like this series very much. The web series is being presented by MX Player, one of the leading companies in this sector. I am sure that it will reach out to maximum people.”