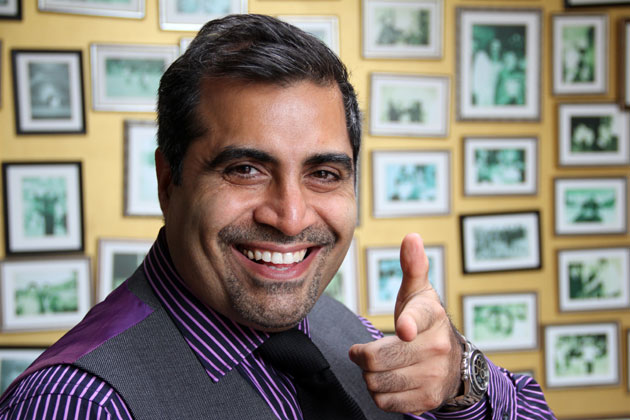 Shailendra Singh is often known to make tall claims and might come across as too full of himself. But one can’t deny that this Bollywood producer, who heads Percept Picture Company, has managed to back some successful out of the box films and created a niche for himself. The actor who has a problem with the star system in Bollywood has made his directorial debut with Sunshine Music Tours And Travels, boasting of all newcomers. He claims that not just actors but there are many more debutants in the film and the total goes up to 170!

This is however not the first time that he has launched so many newcomers. He reminds that even in his first production, Pyaar Mein Kabhi Kabhi, he had launched almost 170 newcomers which includes Vishal-Shekhar, Shaan and Dino Morea. 2 songs of this film – Musu Musu and Woh Pehli Baar – are popular to this day. Shailendra makes it clear that Bollywood is a fortress with a few hundred people inside and there are crores of people outside its wall waiting for a chance. He wants to be the voice of these strugglers.

Sunshine Music Tours And Travels is made on a low budget and Shailendra has no qualms in admitting that his cast and probably even the crew worked for free in the movie. He think that he’s giving the actors a break and a platform which is more important than getting paid for it. He also believes in giving them a free hand. To the actors, he would ask them to improvise a lot. He would never give his actors script or dialogues. He would ask them how they would react in a particular situation. According to him, the results of this method used to be phenomenal. And talking about the crew members, he told his assistant directors, all in their early 20s, to take a unit and shoot some sequences that were shot during the Sunburn Music Festival in Goa in December last year. Shailendra meanwhile shot the main shots of the said scene. Giving the ADs the freedom to take their own decision makes them excited and ready to give it their all, in Shailendra’s opinion.

Before Shailendra signs off, he, as expected, makes some tall claims. He assures that he’ll direct as many as 5 films a year! Also, according to him, he can narrate ten screenplays within a few minutes.