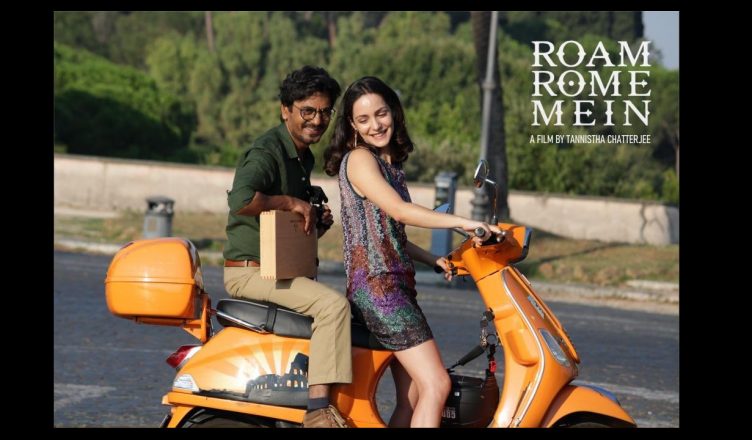 Nawazuddin Siddiqui has created a niche for himself and has emerged as one of the most accomplished actors of all time in Indian cinema. A few of his films have been disappointing but overall, his films still arrest attention, at least among the intelligentsia. His upcoming film Roam Rome Mein is even special as he collaborates with actor Tannishtha Chatterjee, and this is also her directorial debut. But sadly, this film leaves you with mixed feelings.

The story of the movie: Raj Awasthi (Nawazuddin Siddiqui) belongs to a rich but orthodox family from Delhi and is also a working professional. He is about to get married to Parul (Isha Talwar) in a few days. His sister Reena (Tannishtha Chatterjee) insists that she wants to go to Agra for shopping with a friend. Raj ‘allows’ her to go. Reena however has lied and she flies to Rome. Raj finds out when she tells him after reaching the Italian city. Raj gets the shock of his life but is helpless. A few days later, his tension levels further increase as Reena is unreachable and the hotel receptionist says that she hasn’t opened her room since 2 days. With no other option in hand, Raj flies to Rome. He lies to his regressive father (Vineet Kumar) and Parul and claims he is traveling to Rome for business purposes. He reaches Reena’s hotel and also bumps into two cops who are investigating the case. They find out that Reena last met Robert (Andrea Scarduzio), a professor of architecture at a university. He tells the police that Reena met him as she wanted to enroll in a course. As Raj tries his best to find out about Reena’s whereabouts, strange things start happening to him.

Roam Rome Mein starts off in a conventional manner. The gist is established very well in the first 10-15 minutes. Audiences get acquainted with the setting, regressive mindset of Raj and the fact that his father is an even bigger misogynist who has always treated Reena like a second class family member. The Rome scenes too are interesting at first. However the film then enters the surreal territory and this is where the film gets a bit trippy and even heavy. Raj is unable to differentiate between reality and illusion and the same happens with audiences as well. A few scenes in this regard are enjoyable. But for the audiences, it gets difficult to comprehend what’s going on actually.

Nawazuddin Siddiqui yet again proves his worth. It was great to see him play an urban rich person, sans any criminal record, for a change! He internalizes the part so well that one can actually feel that he’s going through a harrowing time. Tannishtha Chatterjee is marvellous in the supporting role and this film shows yet again why she should act more. Valentina Corti is sweet but her character will leave viewers mystified. Isha Talwar, last seen in Article 15 as Ayushmann Khurrana’s wife, is a great talent. Vineet Kumar and Sapna Sand (Raj and Reena’s mother) are convincing. Andrea Scarduzio is dependable. The actors playing the cops, receptionist and old couple also do well.

Alokananda Dasgupta’s background score is very striking and suits the narrative. Sunita Radia‘s cinematography is splendid and you can’t help but fall in love with Rome when you see this film. Even the locations chosen are visually beautiful. Valerio Romano‘s production design is appropriate. Protim Khaound‘s editing does justice to Tannishtha’s vision, especially the way the film smoothly from reality to illusion.

Tannishtha Chatterjee‘s direction does justice to the hatke script at hand. She proves that she knows her job well despite being a debutant director. There’s an underlying message or rather a comment about the regressive mindset that still exists in our country and how it has ruined the lives of millions of women. That bit is surely relatable. But the surreal bit, though well handled, leaves audiences bewildered at many places!

On the whole, Roam Rome Mein is a fine attempt and makes some interesting comment on misogyny. But the film gets in the surreal zone and many scenes might be difficult to comprehend. Many probably would get the whole film but I am sure there would be a vast section of people who’ll be Googling ‘Roam Rome Mein explained’ once they come out of the theatre!