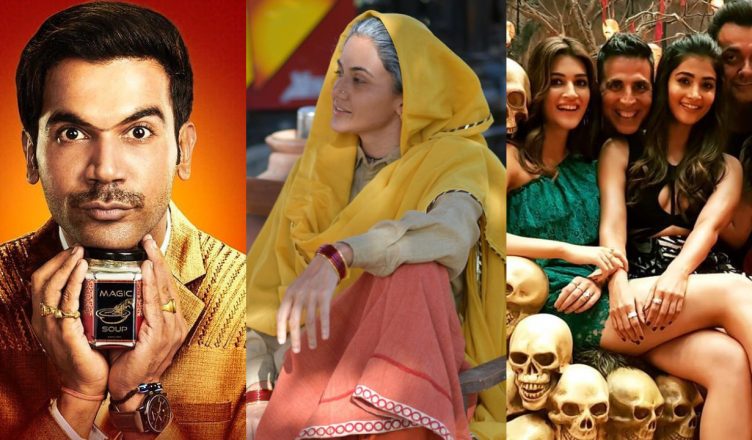 WILL ALL THREE DIWALI RELEASES BE ABLE TO SUCCEED DESPITE CHALLENGES?

The Diwali festival is round the corner and like every year, it’ll be one of the important times of the year for Bollywood. This time, not just one but three films will try it’s luck. And it’s a bit of a gamble as two of those films are moderately budgeted but not exactly ideal for Diwali. And moreover, this year, Diwali is on Sunday. So for the first two days, the collections would be affected as viewers generally stay away from cinemas since they are busy with shopping, cleaning etc. On day 3, the collections will fall even further from afternoon as people would be attending puja. Hence, the collections will rise only from day 4.

My analysis on the three films releasing tomorrow:

1. HOUSEFULL 4: It is the fourth part of the popular Housefull franchise and stars Akshay Kumar, Riteish Deshmukh, Bobby Deol, Kriti Sanon, Kriti Kharbanda, Pooja Hegde, Rana Daggubati and Chunky Panday. This time the scale has been upped as it is also a reincarnation saga. But still it promises to be a funny ride. The film faced roadblocks last year when director Sajid Khan was named as one of the prime accused in the #MeToo movement. Hence, he was asked to step down and was replaced by Farhad Samji. The trailer is entertaining and the film seems like a great ride. As for songs, ‘Bala’ has worked very well while other songs have been noticed but aren’t chartbusters.

2. MADE IN CHINA: It has an excellent star cast of Rajkummar Rao, Mouni Roy, Boman Irani, Sumeet Vyas and Amyra Dastur along with Paresh Rawal and Gajraj Rao in special appearances. It is directed by Mikhil Musale, who made the award winning Gujarati movie Wrong Side Raju. The trailer is strictly okay and has lots of double meaning dialogues. Before the promos were out, it seemed like a clean film that can work big time in Gujarat as it seemed like a film that celebrates the entrepreneurial spirit of the state. Hence there was hope that families in Gujarat would throng to see this film. However the fact that the film is about a man who is selling products to solve men’s sexual problems is something that family audiences would not like to see, especially in Diwali. The opening would be around Rs. 2 crore and then it can grow a bit on Monday if reports are positive.

3. SAAND KI AANKH: It stars Taapsee Pannu and Bhumi Pednekar in leading roles and is about the real life story of Chandro and Prakashi Tomar who became expert shooters after turning 60. It marks the directorial debut of writer Tushar Hiranandani. The trailer is great and the film is made in a very entertaining way. However the film has plenty of challenges. Firstly the make up has been criticised. Secondly the buzz for the film is very less and on top of that, it’s clashing with two films that seem far more exciting. Not to forget, the first three day collections would be disastrous, especially on Diwali day. If reports are positive, then it can have a good run from Monday. There’s also a possibility that its Tuesday to Thursday collections would be in the same range. Day 1 earnings however would be around Rs. 1 crore or Rs. 1.50 crore at best. And if reports are not positive, then it’ll emerge as one the biggest flops of the year.