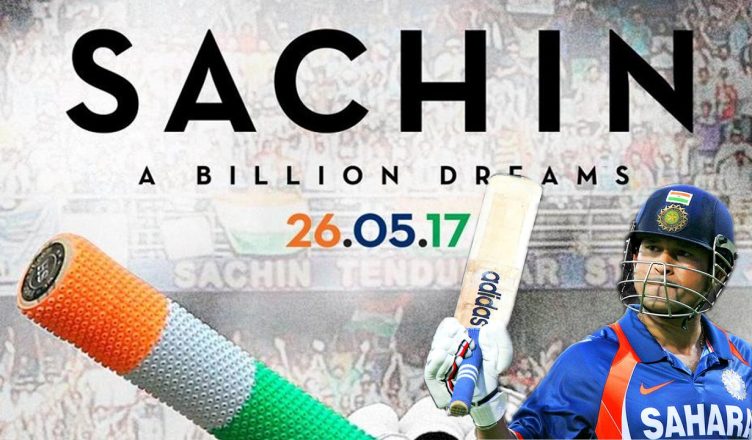 WILL SACHIN: A BILLION DREAMS BE ABLE TO MAKE A MARK AT THE BOX OFFICE?

The Indian audiences aren’t really open to documenatries and docu-dramas. They want to see a conventional entertainer or a film that follows a storytelling that they can relate to. Hence it’s surprising to see a section of trade and audiences believing that Sachin: A Billion Dreams can turn out to be a 100-crore-plus grosser when chances of it are remote.

Sachin: A Billion Dreams chronicles the rise of Sachin Tendulkar as one of the greatest cricketers of the world. At the same time, it also deals with his personal life. One of the most interesting aspects is that the film will exhibit some of the videos of Sachin from his personal collection – videos that have never come out before. Some of the events are re-created and dramatized in between and hence Sachin: A Billion Dreams is a docudrama and not just a documentary.

Interestingly, the film is getting a solo release. No other big Hindi film is releasing tomorrow (although it has competition from the Hollywood film Pirates Of The Caribbean: Salazar’s Revenge). This is surprising since next Friday (June 2) is crammed with multiple releases in Hindi, English and Marathi and some of these could have released tomorrow. As said above, a section of trade is going gaga over this film. But it’s next to impossible for a docudrama to be a blockbuster. Even well-accepted films like Pink, Queen, Kapoor & Sons, Piku etc struggle to go beyond 80 crore. In such a scenario, Sachin: A Billion Dreams can’t be a huge grosser. But what’s important is whether it’s a good film and whether it impresses the audiences!

WOULD YOU LIKE TO SEE SACHIN: A BILLION DREAMS AND WHY? DO LET ME KNOW!