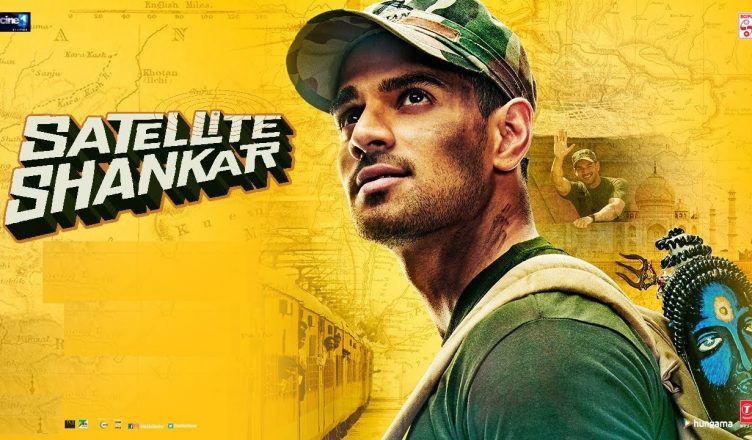 Satellite Shankar’s beginning portions are bizarre. It takes a while to understand the concept of the ‘satellite’. But soon the film gets on track and a few scenes in the first half, especially the one in the Punjab village, are very touching. The second half has some very heartwarming moments that keeps the interest going and shows the film has its heart at the right place. Still, the script and execution leaves a lot to be desired. The direction is such that many might feel it difficult to digest as the film gets too utopian. The finale is nail-biting but the twist comes too suddenly. Talking of performances, Sooraj Pancholi is a surprise. He has worked very hard and it shows. There’s this earnestness and innocence in his performance and it suits the part. Megha Akash does a confident Bollywood debut and one wishes her track was little more convincing as it had the potential. Palomi Ghosh is terrific and proves why she deserves to be seen a lot. Other actors who leave a mark are Upendra Limaye (Inspector Chavan) Pradeep Singh (Subedar Jeetu Singh), Anurag Mishra (Anwar Hussain), Anil K Reji (Sridhar), Asif Basra (Taxi Driver) and Subrat Dutta (TC). Music is forgettable but the cinematography is excellent. And it’s great to see that the film has been shot in all real locations. No cheating is involved and if the character is in Pollachi or Bagha (Punjab), then it’s actually filmed there, and that’s a rare feat! All in all, Satellite Shankar is ‘Munna Bhai meets Bajrangi Bhaijaan’ and watch it for it’s lovely moments, story and Sooraj Pancholi. At the box office, it sadly might not succeed and it’ll go the ‘Notebook’ way – another film that got it’s due, not in cinemas, but on OTT and television!