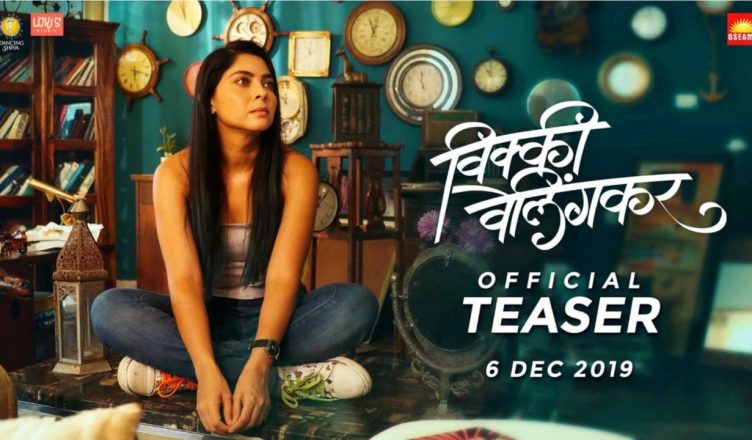 The talented and gorgeous actress Sonalee Kulkarni seems to be on a roll this year. She impressed audiences with her bubbly performance in Ti And Ti. On Diwali, she rocked the show with Hirkani, a film that’s doing great business at the box office. And now she is set to end 2019 with a bang with Vicky Velingkar. The makers released the teaser poster of the film on September 18, where only a part of Sonalee’s face was seen. Yet, it added to the intrigue.

The teaser of Vicky Velingkar is now out and it gives a slightly better idea of the film and it’s genre. It shows Sonalee’s character being chased by a mysterious and scary Mask Man in abandoned locations. What adds to the thrill is that Vicky is no damsel-in-distress. She seems determined to outsmart and defeat the Mask Man. The teaser is cut very well and it is sync with the film’s thrill element.

Vicky Velingkar is produced by Arjun Singgh Baran and Kartk D Nishandar of GSEAMS (Global Sports Entertainment And Media Solutions Private Limited) along with in association with Dancing Shiva, Pranay Chokshi, Anuya Chauhan Kudecha, Ritesh Kudecha, Sachin Maruti Lokhande and Atul Janardan Tarkar. Arjun and Kartik, while speaking about the promo, say, “The teaser has been well received on the social media and creates curiosity among the audience. The film is a one-of-its-kind experience in Marathi, and that is reflected in the teaser.”

It is directed by Saurabh Verma who made Hindi films like Maniesh Paul’s debut flick Mickey Virus, the action flick 7 Hours To Go and the unreleased comic caper Solid Patels. Saurabh reveals, “Vicky Velingkar is a comic book artist and a clock seller who entangles in an unexpected life mystery. The film is about a female underdog who rises against all odds.”

One thought on “Teaser of Sonalee Kulkarni-starrer Vicky Velingkar THRILLS the audience!”