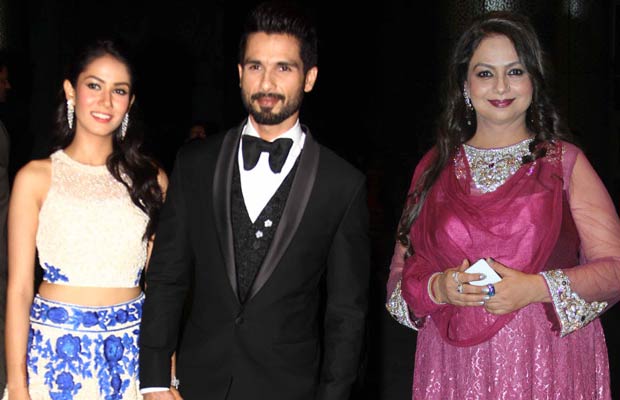 Shahid Kapoor’s mother Neelima Azim is a proud grandmother. She is all smiles ever since her daughter-in-law Mira Rajput delivered a baby girl. She says that she has 2 sons (Shahid and younger son Ishaan) and she always wanted a daughter. Further, she was thrilled when she saw her first born son (Shahid) holding on to his first born offspring. She also maintains she would have been as happy if Shahid-Mira had a son as she is used to be surrounding to boys.

Neelima then reveals how she was stuck in a traffic jam due to rains probably while she and Pankaj Kapur were on their way to the hospital before the delivery. The usually controlled Neelima was telling her driver to get her to the hospital fast and he was shocked by this behavior!