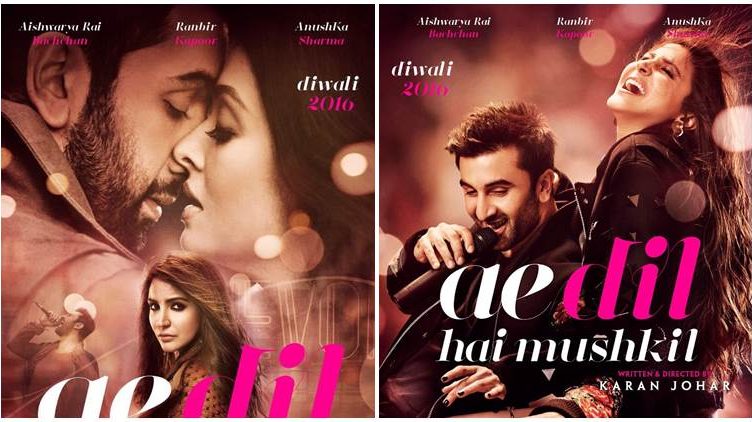 The teaser of Ae Dil Hai Mushkil, Karan Johar’s directorial venture, is out and as expected, it has turned out to be one of the best promos in recent times. Starring Ranbir Kapoor, Aishwarya Rai Bachchan, Anushka Sharma and Fawad Khan, the film that releases on Diwali looks like a love triangle of sorts but the presence of Fawad adds to the intrigue and mystery. Furthermore, Karan makes it clear there is no angle of infidelity or another man in the movie. This adds to the mystery surrounding the plot of the film. An article in an entertainment daily however does blurt out that Ranbir plays an aspiring singer and that he comes from an illustrious family. The narrative traces his journey and how music rounds up things for him emotionally.

Along with the chemistry and performances, what also impresses a lot about the teaser is the title song, sung amazingly by Arijit Singh. The music of the film is composed by Pritam and Karan is very happy with the results. He claims that the six months he spent with Pritam were the best months he has spent musically. Arijit is also extremely satisfied with his job and remarks that it is one of the best tracks of his career!

The good news for the fans is that not just the teaser, but the full audio title track of Ae Dil Hai Mushkil is out and can be heard on audio streaming platforms and apps. For those who missed, here’s the talked about teaser: