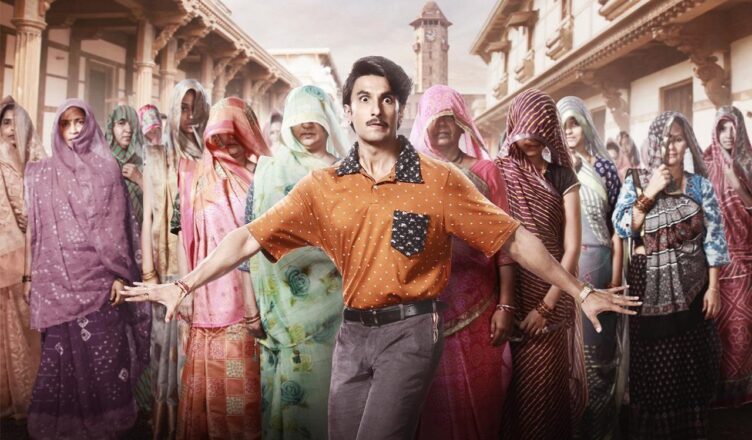 WILL JAYESHBHAI JORDAAR EMERGE AS A SUCCESS AT THE BOX OFFICE?

Ranveer Singh has had a great run at the box office in 2018 and 2019. His two 2018 films – Padmaavat and Simmba – were blockbusters. Gully Boy, meanwhile, was not an all-India hit but did very well in the major cities and collected Rs. 134.24 crore. Sadly, his last film, ’83, failed at the box office. It did collect Rs. 103.68 crore. However, it was not enough for this sports drama, which was made at a budget of Rs. 240 crore reportedly. As a result, it was a box office disaster.

Now, Ranveer Singh is all set to release Jayeshbhai Jordaar. It is produced by Yash Raj Films and marks the directorial debut of Gujarati actor Divyang Thakkar. Shalini Pandey features in her debut role as a Bollywood heroine in this film, which also stars Boman Irani and Ratna Pathak Shah. The film is set in Gujarat and touches upon the burning topic of female infanticide. However, it seems to be treated in a light-hearted manner. Hence, it seems to be a complete family entertainer.

Jayeshbhai Jordaar went on floors in December 2019 and shooting was wrapped up way back on February 7, 2020. It was scheduled to be released on October 2, 2020. Due to the Coronavirus pandemic, its release got repeatedly pushed and now it releases tomorrow, on May 13.

Jayeshbhai Jordaar faces some challenges. The trailer has been liked but hasn’t generated tremendous excitement. There’s also a fear that the trailer has shown too much of the film’s story. The songs haven’t worked at all.

As a result, the first day collections would be in the range of Rs. 6-9 crore. Being a clean film, it can grow significantly. Also, since it has a Gujarat setting, the film can do well there. Doctor Strange In The Multiverse Of Madness took a huge opening, after which it has fallen due to mixed word of mouth. So, Jayeshbhai Jordaar will have a clean run till Bhool Bhulaiyaa 2’s release on May 20. Hence, it can easily emerge as a hit, if the response is positive.