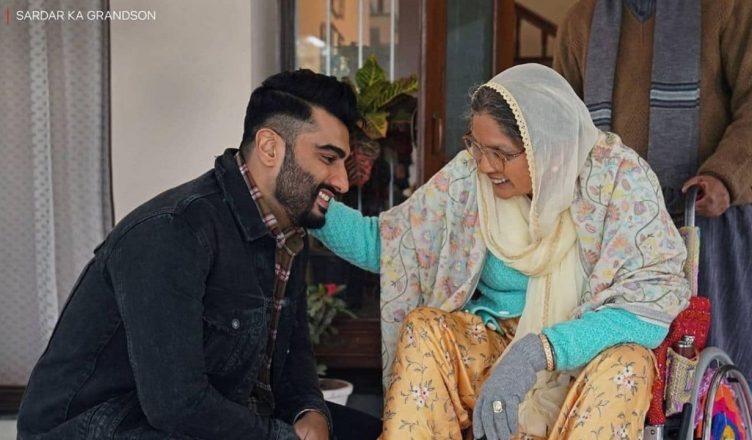 WILL SARDAR KA GRANDSON MANAGE TO TOUCH HEARTS OF THE VIEWERS?

For nearly 11 months, we have been seeing some significant films releasing on OTT. Most of these films dropped on these platforms on a Thursday or Friday. The idea was that people would be free on the weekends and hence, would consume the content. The only film, however, that was released on a weekday was Laxmii. It premiered on a Monday, on November 9. But then it was the Diwali week and it was as good as a weekend.

However, Sardar Ka Grandson will drop on Netflix tomorrow, which is on Tuesday May 18. There’s no major holiday coming up this week and yet the streaming giant has gone for a mid-week release. The film stars Arjun Kapoor, Rakul Preet Singh and Neena Gupta. The trailer is lovely and tells the story of a matriarch in Punjab who used to reside in Pakistan before Partition. It’s her dream to go back to her ancestral house situated now in present-day Pakistan. Her grandson tries to fulfil her dreams. But when he fails to get a visa for her, he decides to relocate her house from Pakistan to Punjab! Interestingly, Aditi Rao Hydari plays the younger Neena Gupta while John Abraham appears in a special appearance as her husband. John is also one of the producers of the film. Sardar Ka Grandson would have had a release in cinemas if not for the pandemic.

Sardar Ka Grandson, however, has a few challenges. The promotions have been very low-key. Usually, even for digital films, viewers are informed that the trailer will drop in a few days or the next day. In the case of Sardar Ka Grandson, the trailer was released suddenly without any intimation. The songs haven’t worked and many viewers are not even aware that it’s releasing tomorrow. Though the film looks heartwarming, one wonders how they have handled the track of relocating a house from one place to another. It defies logic and it’s important that the director has handled this sequence convincingly.  There’s also another fear that perhaps, the makers have shown a bit too much in the trailer.

Sardar Ka Grandson might not get the desired viewership on Day 1. But as awareness would spread, more and more people are bound to watch it, especially if the response is positive. Even if the appreciation is not there, it is believed that it’ll end up getting lot of streams as there’s a dearth of new content online nowadays, especially in Hindi language.