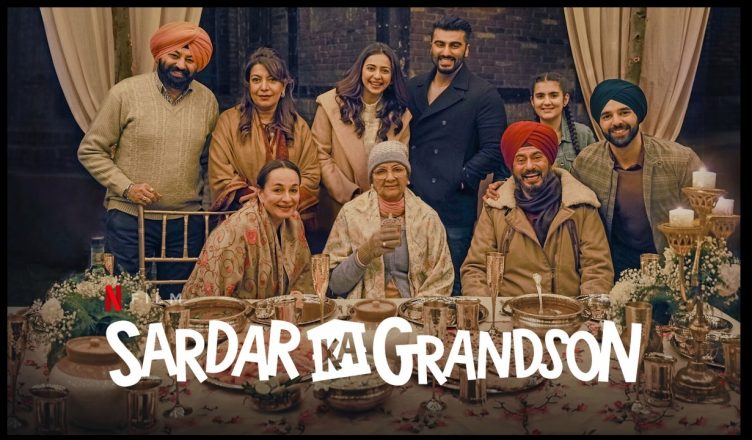 Sardar Ka Grandson is a heartwarming tale of a grandson trying to fulfil his dying grandmother’s last wish. The trailer seemed somewhat promising. But the film has a lot to offer and is sure to touch the hearts of the viewers. What’s interesting is that the film is not entirely logical. Some things don’t make sense. However, director Kaashvie Nair gets it totally right when it comes to the emotional quotient. And this aspect of the film is so strong that all other shortcomings fall flat. Such conviction is rare from a film nowadays. We are living in times when filmmakers over intellectualize everything and fear critics and social media a lot. Hence, it’s refreshing to see Kaashvie going by what her heart says and even coming out with flying colours! Arjun Kapoor suits the part and does a fine job in the second half. This is his best performance in the last couple of years. Neena Gupta is the soul of the film. Though she reminds one of Rishi Kapoor in Kapoor & Sons, she ensures her part stands out. Rakul Preet Singh has a striking screen presence and rocks the show in the second half. Kumud Mishra and Shahid Lateef (Pakistani cop Rauf Khalid) are great in the roles of the antagonists. Kanwaljit Singh is dependable while Mir Mehroos (Chhote) is a surprise of the film. No backstory is given to his part and yet, it makes for a nice watch. Mahika Patiyal (Pinky; Amreek’s sister) leaves a mark while Masood Akhtar (Khan sahab, who owns the house) and Akashdeep Sabir (Contractor) are fair. Soni Razdan (Simi; Amreek’s mother), Divya Seth Shah (Honey; Sardar’s second daughter-in-law) and Ravjeet Singh (Lovely) don’t get much scope. Finally, John Abraham and Aditi Rao Hydari are adorable. All in all, Sardar Ka Grandson is a surprise of the season. It’s a clean entertainer and deserves to be watched with the entire family. I wish that this one had released in cinemas as it could have been a success at the box office.