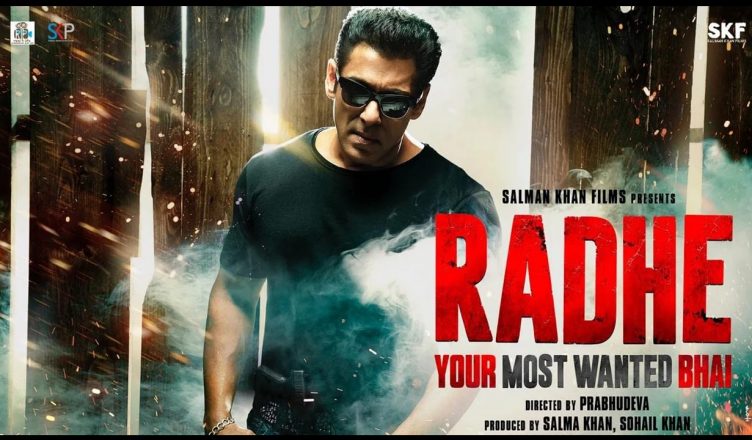 RADHE RELEASES IN THEATRES AND ON ZEE’S DIGITAL PLATFORM; HAS IT PROVED TO BE A SUCCESS?

The much awaited film, Radhe, released on May 13, on the occasion of Eid. Unlike a traditional release, the Salman Khan starrer had a release in cinemas as well as on digital. But instead of going for a normal OTT release, the makers chose to opt for the pay-per-view route. It means that one has to pay a certain amount to watch the film. This model is very popular in the West but in India, it has not found many takers. Hence, experts were divided on whether people would pay Rs. 249 to view Radhe in their homes. A section of people were raring to watch it on the big screen. Sadly, as Coronavirus cases increased, theatres shut almost everywhere in India. In fact, Radhe in India released in only 3 cinemas, all in the small North Eastern state of Tripura.

In other words, a person living in India had no choice but to legally watch Radhe by paying Rs. 249. A section of trade feared that most viewers would download the film through pirated websites and then watch. And that would be detrimental for Zee Studios, since they had acquired the film for a huge Rs. 190 crore. From the domestic box office, they were not going to get anything. So the hope was that hordes of people would pay up the said amount and view Radhe on ZeePlex.

Finally, on the day of release, it became clear that the makers would be safe. Radhe arrived on ZeePlex on May 13 at 12 noon. And the servers crashed since too many people logged in to watch the film. Many complained that they were not able to access the website and the problem remained for almost 60 to 90 minutes. For Zee Studios, this was a cause of concern but also a reason to celebrate as it showed that viewers are indeed ready for such a release.

The next day, Zee announced that Radhe got a mind-boggling 4.2 million views. A section of trade and fans went into an overdrive. They claimed that 4.2 million people have paid Rs. 249 to watch the film. So the film has earned Rs. 104.58 crore (249 multiplied by 4.2 million) in just a day! However, it was not as simplistic. The issue here is complicated. For one, Zee hasn’t properly defined whether 4.2 million people saw the film. In their press release and also poster claiming the film fetched 4.2 million views, it mentions that this figure is as per ‘industry standards’. In layman terms, this means that by paying Rs. 249, more than one person together must have seen the film. Assuming that 4 people must have seen the film together, this means that one-fourth or nearly 1 million subscriptions of Radhe were bought from ZeePlex. However, is it fair to say that everyone saw the film with 3 more people? Some people might have seen it with more people. Some must have seen the film all alone.

Also, there are a few more complexities. Those who have the subscription of Zee5 were allowed to see the film once. They were not required to pay Rs. 249 on ZeePlex. And finally, the film was also available on DTH platforms like Tata Sky, Airtel TV, Dish TV and D2H, also for Rs. 249. But in this case, the DTH platforms took 20 or 30% of the amount generated.

So can we know exactly how much Radhe has earned? Sadly, that won’t be possible. Only Zee knows the real figures but is unwilling to reveal. Also, it is using the crutch of ‘as per industry standards’ and that makes it harder to come to even an approximate number. Moreover, even Zee must be a bit helpless as a section of people must have seen the film on Zee5.

And this is a problem that will become normal as more and more films release on digital. When films release in cinemas, even if producers try to hide figures, the trade pundits would find out from distributors or exhibitors. In this case, it is difficult to ascertain.

Many have been asking that there must be some faint idea at least about Radhe’s collections. Thankfully, there is. A few genuine experts and journalists have managed to find that Radhe got approximately 17 lakh paid views on its opening day. This means that 17 lakh subscriptions were sold on ZeePlex for Radhe. In its 4 day-extended weekend, it got 8 lakh more streams, taking the figure to 25 lakh. In other words, Radhe earned Rs. 42.50 crore on Day 1 and the 4-day collections stand at Rs. 62.50 crore. Meanwhile, on DTH, it got 7 lakh more views. No data is available as to how many people viewed the film on Zee5. We reiterate that these are not exact figures.

Of course, this approximate figure makes one wonder if Zee will manage to earn profits. After all, as said above, it paid a high Rs. 190 crore to buy the rights. However, experts have suggested that Zee holds the rights for nearly 8-10 years. So as time would pass, more and more people would see the film on Zee5 or ZeePlex. Later, it’ll be aired on television and it’s sure to work there as it’s a masala action entertainer. Also, Zee has rights over the film’s music, which is a rage. Finally, it also earned a bit from overseas theatrical box office. As a result, Zee will be able to profit, or at least break even is what it seems.