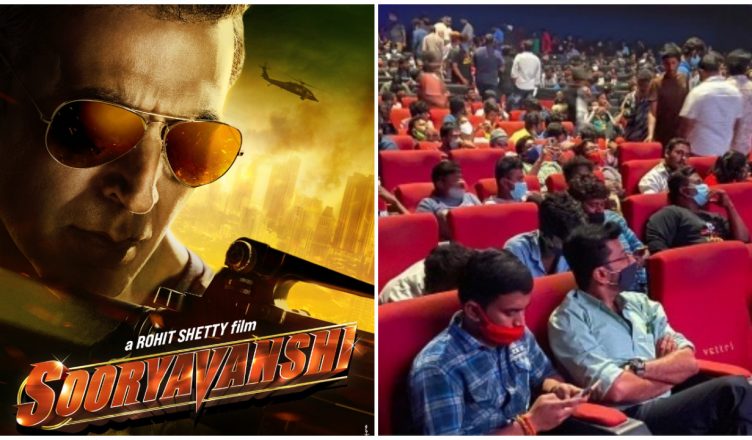 100% OCCUPANCY ALLOWED IN CINEMAS; BUT ALL IS NOT YET WELL!

In December 2020, this writer had spoken to trade experts and asked them that till when they believe the 50% occupancy rule would remain. A similar answer was given by all – that is, from April 2021 onwards. Of course, they were just guessing but they, like most people, were sure about one thing – the government won’t lift the cap very soon. Their statement made sense because the government has been very cautious in opening up non-essential sectors. The theatres that were shut in mid-March were allowed to reopen only in October. In places like Maharashtra, it was allowed from November. Hence, no one expected that the government would allow more occupancy in cinemas before March. Also, the belief was that even if they did, they’ll increase the occupancy rule from 50% to 75% at best.

However, on Saturday, the union government surprised one and all. A notification was issued by the Ministry of Information and Broadcasting which made it clear that 100% occupancy will be allowed in cinemas from February 1! Naturally, the industry and trade were overjoyed. After all, it was not expected that the government would take such a business-friendly decision immediately and secondly, this would mean that the big films would finally be released. Because of the 50% occupancy rule, many filmmakers shied away from releasing their big films. Despite that the Tamil film Master did blockbuster business with such a rule, Bollywood filmmakers didn’t feel confident and decided to wait till normalcy. Thankfully, the normalcy has kicked in sooner than later.

Meanwhile, trade is abuzz with reports that the much awaited film Sooryavanshi, starring Akshay Kumar and Katrina Kaif, and directed by Rohit Shetty, is all set to release, mostly on April 2 (Good Friday). As per inside reports, Rohit and Reliance Entertainment has already begun discussions with multiplexes over revenue sharing terms and other such issues. An announcement of the release date is expected within 10 days. If Sooryavanshi releases, one can expect a few films in cinemas, starring notable names in March or April as well.

Sadly, there’s still one hurdle in the path. Though the union government has allowed full occupancy in theatres, it’s upto the state governments whether or not they want to abide by the new rule. Since BJP is in power at the Centre, it is expected that all BJP-ruled states would adhere to the new directive. But there are many states ruled by non-BJP governments or coalitions. Out of these, Maharashtra especially is crucial as it consists of lucrative markets like Mumbai and it’s satellite cities and Pune. A major chunk of business comes from these two places. And it’s ruled by a non-BJP government! Only when the state government of Maharashtra and also that of other main markets like Delhi, Telangana (consists of the lucrative market of Hyderabad), Karnataka (consists of the lucrative market of Bengaluru), etc accept the 100% occupancy rule will we see big films releasing in cinemas. As of February 3, Gujarat, Tamil Nadu and West Bengal are the only states which have accepted the directive. The other states, especially BJP-ruled, are expected to follow suit in a week. But whether or not Maharashtra also joins the bandwagon remains to be seen.