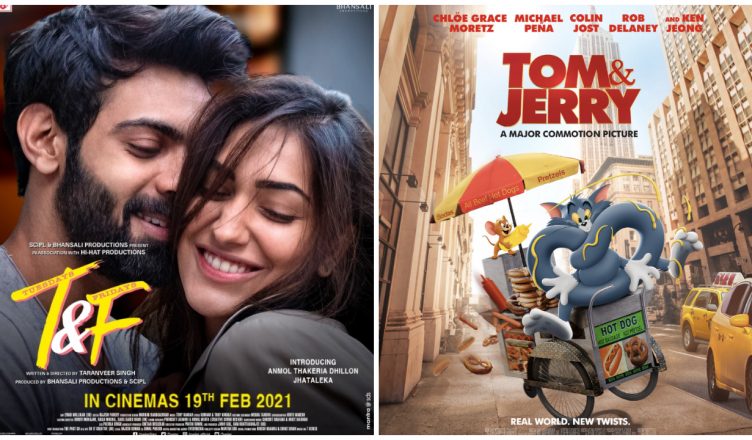 Over the years, the Valentine’s Day has become as important as any other festive holiday. Interestingly, offices, banks and educational institutes are all open on February 14. Yet, the footfalls in theatres have seen an upswing on this day. Last year, February 14 fell on Friday luckily. Love Aaj Kal released on this day and it collected a huge Rs. 11.75 crore. In 2019, Gully Boy released on a Thursday to take advantage of this day and it was a good decision. The film opened very well, at Rs. 19.26 crore. In 2018, Pad Man released in the Valentine’s week while in 2017, it was Jolly LLB2. Both films starred Akshay Kumar and were not exactly ideal Valentine’s Day films. Yet, the collections for Pad Man grew by around 20% while that of Jolly LLB 2 jumped by 25%. That’s the power of this day.

After the lockdown was imposed, very few films have been releasing in cinemas. There have been weeks where no Hindi film has released. And sadly, this week, too, would be one of those. However, till now, at least some film has released on festivals, though most of them were non-exciting. Suraj Pe Mangal Bhari released on Diwali and was the best of lot. Chrismtas saw the release of Shakeela, Ramprasad Ki Tehrvi came on New Year’s Day while Madam Chief Minister hit screens in Republic Day week. Hence, it was expected that some film would make it in the Valentine’s week.

Surprisingly, two films are scheduled to release next week and both seem ideal Valentine’s Day entertainers. One is the Hollywood film Tom & Jerry. However, it’s made by Warner Bros. It’s Indian office is releasing it a week before it’s international release, which is two weeks away from now, on February 26. To convince the Los Angeles team to prepone the film’s India release by 2 weeks would be too much.

However, the other release is a Hindi flick, a romcom that too, called Tuesdays And Fridays. It is produced by T-Series and Sanjay Leela Bhansali and stars Poonam Dhillon’s son Anmol Thakeria and Jhataleka Malhotra, the first runner-up in Femina Miss India 2014. This film looks forgettable but it at least is a love story. In fact, this film had some chance of earning something if it had released this week rather than the next.

With no other option, multiplexes will be playing past romantic hits from Bollywood like Bajirao Mastani, Dil To Pagal Hai, Gully Boy, Jab We Met, Yeh Jawaani Hai Deewani, etc and from Hollywood like A Star Is Born, La La Land, etc. Will it lead to even 5-10% occupancy remains to be seen.