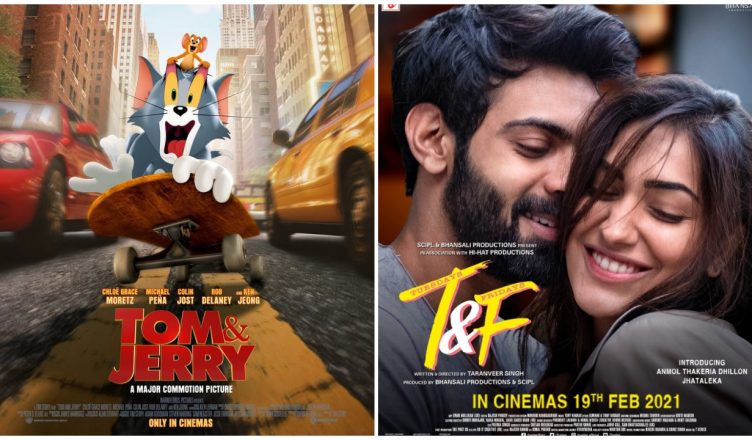 WILL TOM & JERRY MANAGE TO GET AUDIENCES TO CINEMAS?

For most children and even adults, Tom & Jerry is surely the most favourite cartoon show of all time. The 10 or 15 minute episodes of this series is about a cat and a mouse, who can’t live with and can’t live without each other, and how they raise laughs with their antics and adventures. Hence, a film on these madcap characters surely sounds like an exciting thing. And that it’ll release in cinemas is something that would have led to healthy box office collections had it not been for the pandemic.

Tom & Jerry was an animated series but the film which is releasing tomorrow is a mix of both live action and animation. So, Tom, Jerry and the other animals appear in an animated form. But the locales and the various human actors are all real. The blending of the two looks nice on screen. Reputed actors like Chloë Grace Moretz, Michael Pena and Ken Jeong are a part of the star cast and this has also given the film an edge. The trailer is nothing extraordinary but it looks interesting and cute, and promises that the film would be an entertaining fare.

The film, however, arrives with minimal publicity. There are people who still don’t know about its release or even its existence and these are the ones who can be potential audience for Tom & Jerry. Also, with viewers staying away from cinemas, the film needs to be really good. Only then will a major chunk of moviegoers go to theatres to watch the film. Tenet collected around Rs. 1.10 crore on day 1 while Wonder Woman 1984 collected Rs. 1.50 crore. The latter had the advantage of Christmas holiday. Tom & Jerry would not be able to reach till even Tenet and a Rs. 50 or Rs. 75 lakhs opening is expected.

The other release of the week is Tuesdays And Fridays. It is produced by T-Series and Sanjay Leela Bhansali and stars Poonam Dhillon’s son Anmol Thakeria and Jhataleka Malhotra, the first runner-up in Femina Miss India 2014. It’s a delayed film and has been ready since more than a year. The trailer is very poor and even the music hasn’t got noticed. And publicity is negligible. If many viewers are not aware of Tom & Jerry’s release, then one can imagine the near-zero awareness about Tuesdays And Fridays. In fact, as suggested last week, this film should have released last week as it’s a romcom and would have got some benefit during Valentine’s Day. It’s bewildering why that wasn’t done and why the makers would choose to release a week later, especially when last week had no release. And also, clashing with Tom & Jerry isn’t a good idea. The few moviegoers who would go to cinemas would obviously pick Tom & Jerry over this one. Hence, its box office performance would be very disastrous.