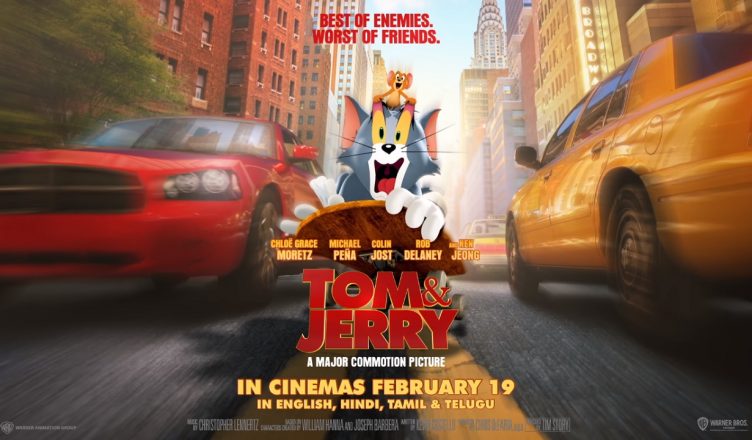 Tom & Jerry (AVAILABLE ONLY IN CINEMAS IN INDIA) looked very entertaining from the trailers and promised a fun ride. And it has a lot going in its favour – excellent cast, technical finesse and a great plot in hand. Even the characters are well fleshed out. Sadly, the writers fail to similarly flesh out the screenplay. The film should have been a laugh riot while making us adore the cat and mouse – that’s what Tom & Jerry is all about. However, that happens only in parts. A few gags are repeated from legendary scenes of the television series. A few of them, meanwhile, fall flat. On the plus side, some scenes do evoke laughter. And the performances are a saving grace. Chloë Grace Moretz is terrific and plays the streetsmart character with panache. She proves yet again that she’s one of the best talents around. Michael Pena is quite good. Ken Jeong fails to impress. Pallavi Sharda, of Besharam fame, gives a very fine performance and it’s good to see that she has a considerable screen time. Colin Jost is strictly okay while Rob Delaney is fair. Patsy Ferran has an interesting look and gets her act right. All in all, Tom & Jerry is an average fare!