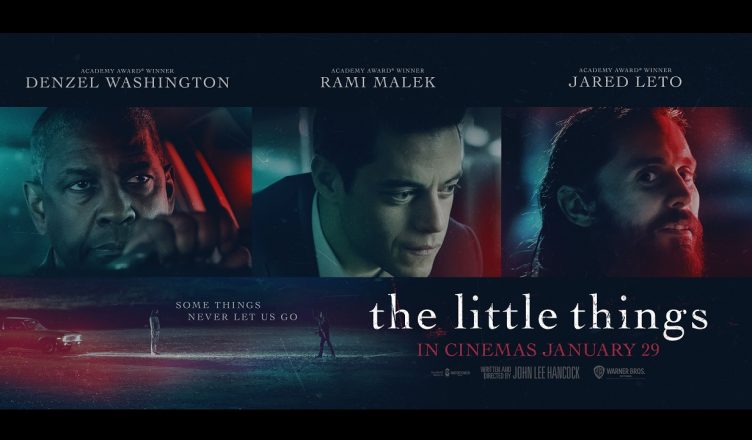 The Little Things (AVAILABLE IN CINEMAS ONLY, IN INDIA) is a murder mystery about two cops trying to nab a serial killer who is out there killing young girls in western USA in the early 90s. The film’s beginning is chilling and sets the mood. The first half moves at a brisk space and slowly unravels the mystery and the backstories of characters. The second half has some significant and crucial moments that keep the interest going. The pre-climax is gripping but the climax is like an anti-climax. It’s too unconventional. Agreed this film is no commercial potboiler. But this film had some of the usual trappings of a usual mystery movie – cop with a dark past, a serial killer on the loose, an officer obsessed with his case despite being told to stay away etc. In such a scenario, a traditional ending would have made sense. Here, the climax is not just unconventional but also abrupt and it hampers the impact. Speaking of performances, Denzel Washington is in top form and the way he communicates through the silence is superb. Rami Malek is dependable but he’s something else in the last 30 minutes. Jared Leto has limited screen time but rocks the show. Michael Hyatt (Flo) and Isabel Arraiza (Ana Baxter) are fine. All in all, The Little Things is a decent one-time watch fare. It’s heartening to know that despite its presence on HBO Max, it made double the amount in the weekend, that was projected from cinemas, in North America ($4.8 million).