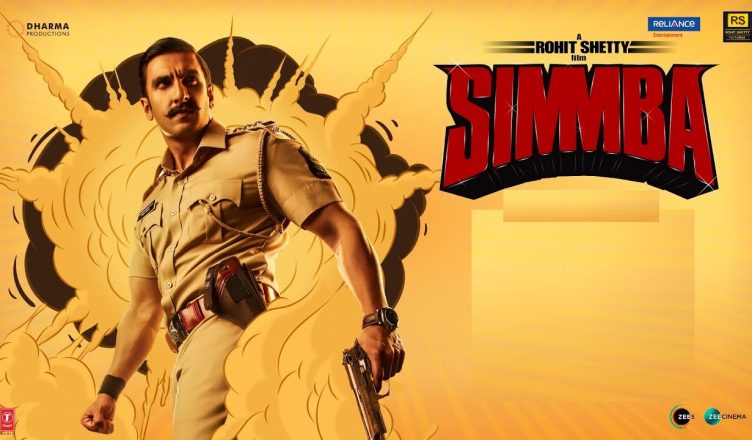 The last Friday of the year is usually empty and sans any release. The second last Friday is when there’s a film release and it’s usually so big that no other film releases in the last week. Small films like Ugly try their luck but a big release is unheard of. This year is unusual since Rohit Shetty is all set to present his big-budget cop drama, Simmba, tomorrow.

Simmba stars Ranveer Singh in his massiest role till date. Moreover, it also marks the coming together of Rohit Shetty and Karan Johar since the latter’s Dharma Productions is presenting the film. Simmba has comedy but it is more in the Singham zone. In fact, the trailer surprised everyone since Singham himself is present in the film. The scene of Ranveer Singh and Ajay Devgn together will surely be the highlight of the film. It has already upped the film’s buzz. Moreover, the song ‘Aankh Maarey’ has become a chartbuster and it features the Golmaal gang making an appearance. The female lead in Simmba is Sara Ali Khan who has already achieved praise for her debut film Kedarnath. It released this month itself and has emerged as a Hit. Simmba talks about crimes against women and this bit would surely impress the female and family audiences while action would cater to the masses and males. Hence, Simmba surely has an all-round appeal and if it works, it can go anywhere.

The much-awaited Shah Rukh Khan-starrer Zero released last Friday and if it had become a huge hit, then Simmba would have faced in procuring lot of screens. Shockingly, Zero has underperformed heavily, sending shockwaves in the trade. It has also proved beneficial for Simmba since it can have a huge release. Next Friday will have no release and hence it has two open weeks to score. Not to forget, it’s the Holiday season and Tuesday January 1 is a holiday. The collections would also go up from Monday December 31 onwards.

Looking at the hype, presence of Ranveer Singh and brand Rohit Shetty, songs, massy element and of course Singham connection, Simmba is all set for a huge opening. It can open at around Rs. 25 crore range. If response is positive, the weekend will be a huge Rs. 80-90 crore. With holidays in the weekdays, Week 1 can be in the range of Rs. 140-150 crore, or maybe even higher! However, if response is poor and if the film turns out to be a poor clone of Singham, the collections can come down pretty fast.

With the debacle of Zero, it’s even more important that Simmba does well. 2018 has seen some shocks but more or less, it has been a great year. The super-success of Simmba would ensure it ends on a high. Here’s hoping that happens since Simmba definitely has the potential!

WOULD YOU LIKE TO SEE SINGHAM AND WHY? DO LET ME KNOW!