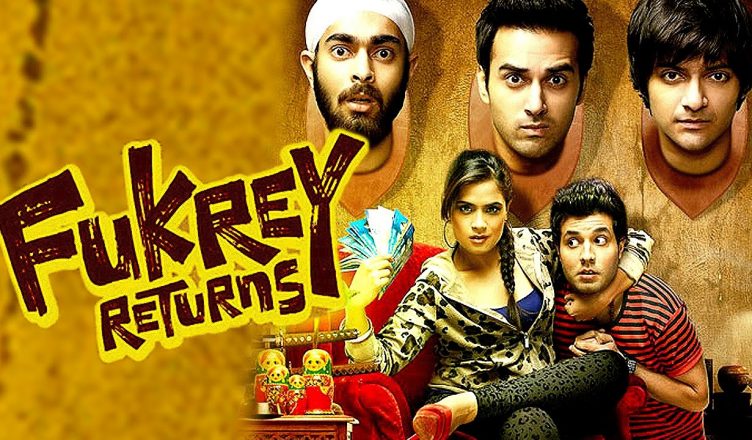 FUKREY RETURNS IS A HUGE SUCCESS!

Almost every trade pundit and moviegoer had expected Fukrey Returns to have a not-so-great opening and hopefully, do better on Saturday and Sunday before having a healthy weekday. After all, the buzz didn’t seem huge. But no one can predict the pulse of the audience. It seems like the audiences were desperately waiting to see a good Hindi film. Before Fukrey Returns, it was Tumhari Sulu that had done decently at the box office but it had come 4 weeks ago. After that, films like Julie 2, Firangi, Tera Intezaar etc failed to attract audiences. As a result, when they realized Fukrey Returns is funny and has an appeal, they went for it in huge numbers. A 4-5 crore opening was expected but the industry was surprised when the film’s opening day collections went up to 8 crore! The weekend ended at 31.65 crore! There was a fear that it might drop in the weekdays after such a huge weekend but that hasn’t happened. It’s doing great and the first week collections would be around 48-50 crore. If it sustains well in second weekend, then it can have a lifetime of around 70 crore, which would be double of the previous Fukrey film.

Initially, Padmavati was to release on December 1 and Fukrey Returns was scheduled to release on December 15, just a week before Tiger Zinda Hai. If that was the case, Fukrey Returns would not have done so well. The makers got quite lucky since it came at a correct time and also, Padmavati got pushed. Not just Fukrey Returns, even Tumhari Sulu did slightly better as it got an almost four-week open run. Justice League that also released with Tumhari Sulu also managed to hang around in theatres for a long time and hence managed decent collections. This wasn’t expected after a not-so-huge weekend. Fukrey 3 is now bound to be made but it’s difficult to ascertain if it’ll be able to do such kind of business.

Nevertheless, the success of Fukrey Returns has brought sudden cheer in the industry and for the exhibitors. The only expectation was that it should do marginally well so that there would be some collections in theatres before Tiger Zinda Hai releases. However, Fukrey Returns has exceeded all expectations. Surprises and shocks never cease in Bollywood!