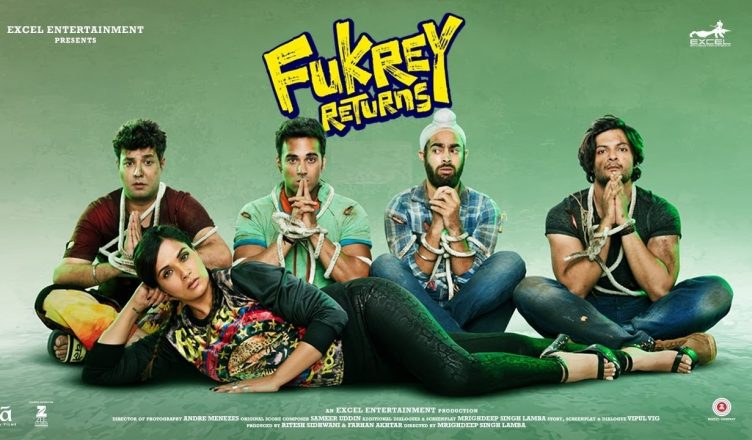 WILL FUKREY RETURNS BE BETTER THAN FUKREY?

Fukrey released with very less excitement in 2013. But the film turned out to be hugely entertaining. Moreover, it had a lovely Delhi vibe due to which it did great business in the Northern belt. On TV, it was not huge but not poor either. A sequel to the film wasn’t a bad idea as such. Fukrey Returns releases tomorrow and it has certain advantages of excelling at the ticket window.

Often, it’s seen that the sequel or part two of the film has a change of star cast, usually change of heroines. Thankfully, that’s not the case here. All the principle actors from the film – Pulkit Samrat, Manjot Singh, Ali Fazal, Varun Sharma, Richa Chadha, Pankaj Tripathi, Priya Anand and Vishakha Singh – have been retained. Just like Fukrey, Fukrey Returns will also deal with the Fukras and their confrontation with Bholi Punjaban. The trailer looks interesting but songs haven’t worked much.

The biggest advantage of the film is that it’s releasing at a time when there’s no other significant Hindi film around. Padmavati was to release on December 1 but it has been postponed indefinitely. The recent releases like Firangi, Tera Intezaar and Julie 2 have failed miserably. Tumhari Sulu worked but it’s been 4 weeks already. Audiences are starving for a good Hindi film and those who can’t wait till Tiger Zinda Hai on December 22 would surely like to see Fukrey Returns. Still, the opening will be average but if the response is positive, it can grow very well over the weekend and sustain in the weekdays. Next week, there’s hardly any interesting film up for release. So Fukrey Returns can have a decent run in theatres till December 21 if all goes well.

WOULD YOU LIKE TO SEE FUKREY RETURNS AND WHY? DO LET ME KNOW!