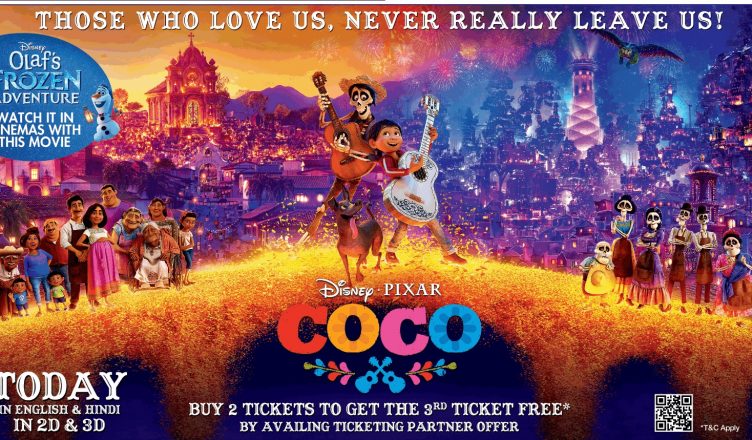 Coco is an amazing tale told most beautifully. One can’t help but expect a lot when Disney and Pixar are associated with a film and Coco fulfills all those expectations and even goes beyond with its emotional quotient and a touching climax. The plot is amazing but the best part of the film is that the Mexican setting is used very nicely! The characters are damn interesting and the twist in the tale in the second half takes the film to another level. Songs are an integral part and are highly memorable, especially ‘Remember Me’. Coco is 110 minutes long and then there’s also the 21 minute long short film Olaf’s Frozen Adventure shown in the beginning. The latter has got a lot of criticism but I didn’t find it as bad. In fact, it’s considered as a setup for Frozen 2 and hence it’s a crucial film in that regard. Whether or not you enjoy Olaf’s Frozen Adventure, but one thing is guaranteed – you’ll fall in love with Coco! Don’t miss it for anything!