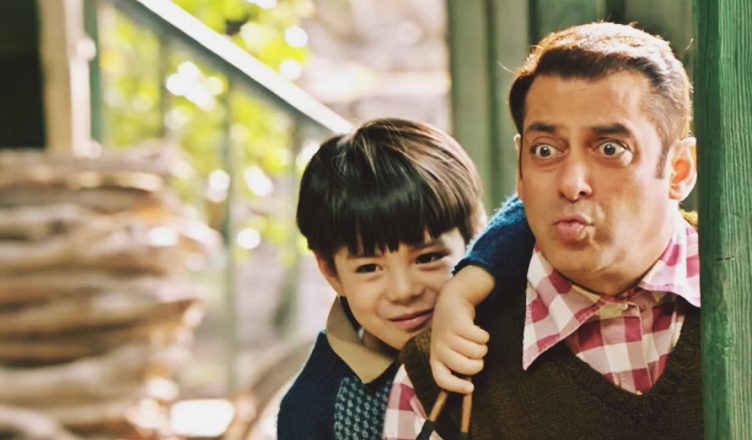 WHY TUBELIGHT CAN BE SALMAN KHAN’S 3RD 300 CRORE GROSSER!

Eid is around the corner and so is a Salman Khan release! Both have become synonymous since 2009, when the superstar’s Wanted hit theatres during the festival. From 2009 till 2017 (except for 2013), every year on Eid a Salman Khan film has released and each of them have become big hits. Hence, expectations are quite high for this year’s Eid release of Salman, Tubelight. A section of viewers and trade however believes that Tubelight might not do huge business. But there are several reasons why Tubelight can also be a huge hit and can enter the coveted 300 crore club.

With Tubelight, Salman reunites with director Kabir Khan with whom he delivered the very memorable Bajrangi Bhaijaan (2015), also on Eid. Tubelight is in the same zone as Bajrangi Bhaijaan – in both films, Salman is playing an honest, adorable, simpleton who tries to spread a message of peace between two warring countries. In Bajrangi Bhaijaan, he undertakes a dangerous mission, which seemed impossible, but in the end, he emerges victorious. Something similar is expected to happen in Tubelight as well. Most importantly, in both films, the stories are universal and hence, it will appeal to a wide section of audiences. Few people are heard complaining that Tubelight seems too ‘art cinema type’. But that’s difficult to believe – the trailer promises entertainment, laughs and songs etc. It’s impossible that Salman and Kabir would give a so-called ‘non-commercial’ film to viewers on Eid, especially when viewers expect nothing but unadulterated entertainment from the superstar’s films. Those arguing that Tubelight doesn’t have hit songs or an actress shouldn’t forget that the same factors were also seen in Aamir Khan’s 2016 film Dangal. It had no hit track, the actress paired opposite him (Sakshi Tanwar) isn’t an exciting face and moreover, the film showed Aamir as an obese, 60-year-old. However, the presence of Aamir as well as a highly universal storyline ensured that Dangal became the biggest Bollywood grosser of all time. If Dangal can work, then why not Tubelight?

The only reason why Tubelight won’t become a huge blockbuster is if the word of mouth is not positive. But looking at the trailers and the lovely message of the film, the chances of it are remote. The opening day earnings might not be huge like Sultan but if the reports are positive, Tubelight can draw audiences in hordes. Also, Eid Holiday falls on Monday and hence it has a 4-day weekend which will surely prove beneficial.

Our industry needs hits and it’s thanks to superstars like Salman that the industry is able to prove to be somewhat profitable. Here’s hoping Tubelight silences all the critics and emerges as one of the well-made and successful films of the year!

WOULD YOU LIKE TO SEE TUBELIGHT AND WHY? DO LET ME KNOW!