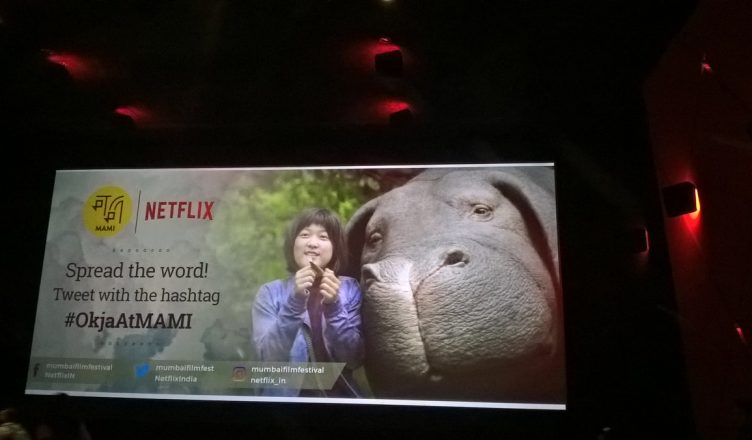 Okja is a South Korean-American film directed by celebrated filmmaker Bong Joon-ho. The film will be releasing on Netflix on June 28, 2017 and I was among the lucky few to get a chance to see it on the big screen, courtesy the Jio MAMI Film Club. Okja tells the story of a young Korean village girl who has a massive pig as her friend and what happens when a multi-national company attempts to destroy their worlds. This 120 minute long film provides great entertainment in terms of action, laughs, drama etc. At the same time, it moves viewers with its emotional and shocking scenes. There have been many films that have spoken about animal cruelty but Okja stands out and emerges as one of the best in this regard. Child actor Ahn Seo-hyun who plays the lead role is terrific and has a great screen presence. Tilda Swinton and Jake Gyllenhaal are over the top but that is the requirement of their respective characters. Paul Dano is quite charming. On the flipside, there are too many cinematic liberties but that’s alright due to the gripping narrative and powerful message. Okja is hence a film that shouldn’t be missed!