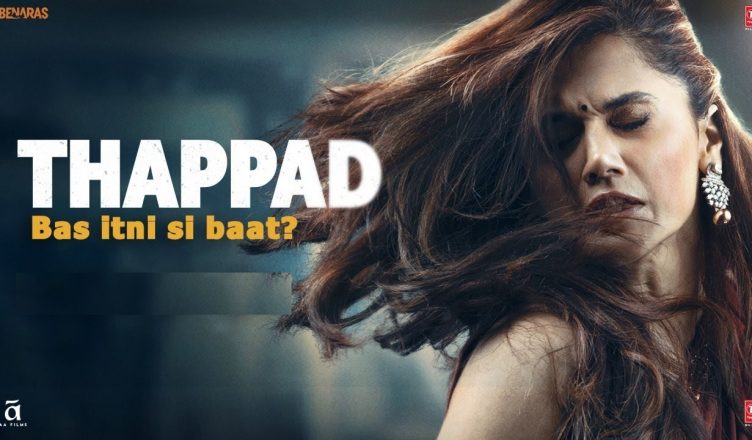 Thappad makes a very important comment and thankfully the makers execute it very well. It’s a risk to make a film of this sort that too in this country where domestic violence is common and even accepted by both genders. And yet, this film dares to say that ‘just one slap’ is not okay! Director Anubhav Sushila Sinha and writers Anubhav and Mrunmayee Lagoo Waikul come out with flying colours as they throw scenes at the viewers that’ll definitely make them uncomfortable and reflect on their own wrongdoings. And thankfully, it doesn’t come across an ‘anti-man’ venture as it achieves a balance seamlessly. On the flipside, the second half is a bit dragging. Most subplots are nicely woven with the film but it’s one too many at times and just added additional layers to the film needlessly. Talking of performances, this is Taapsee Pannu’s best Hindi performance till date! She has the image of a firebrand but in Thappad, she successfully convinces audiences as she plays a docile housewife whose life revolves around her husband and his aspirations. Pavail Gulati is well-casted and fits the part. His climax scene is brilliant. Maya Sarao (lawyer) is an actor to watch out for. Geetika Vidya, who rocked the show in Soni, gives an equally effective performance as the maid. Kumud Mishra wins hearts while Ratna Pathak Shah takes the cake in a crucial sequence in the second half. Tanvi Azmi is decent but her character is crucial and does very well in an important scene in the climax. Ram Kapoor is dependable as always. Dia Mirza has less screen time but is memorable. The other actors who do well are Dia Mirza, Gracy Goswami (Dia Mirza’s daughter) Naila Grewal (Swati; girlfriend of Taapsee’s brother), Manav Kaul (Rohit Jaisingh), Ankur Rathee (Taapsee’s brother), Harssh A Singh (Thapar), Santanu Ghatak (Vikram’s colleague Subodh) and Rohan Khurana (Nethra’s love interest). Even the song ‘Ek Tukda Dhoop’ is great and has a lingering effect. All in all, Thappad is a powerful saga that deserves to be watched, appreciated and encouraged. Don’t miss!