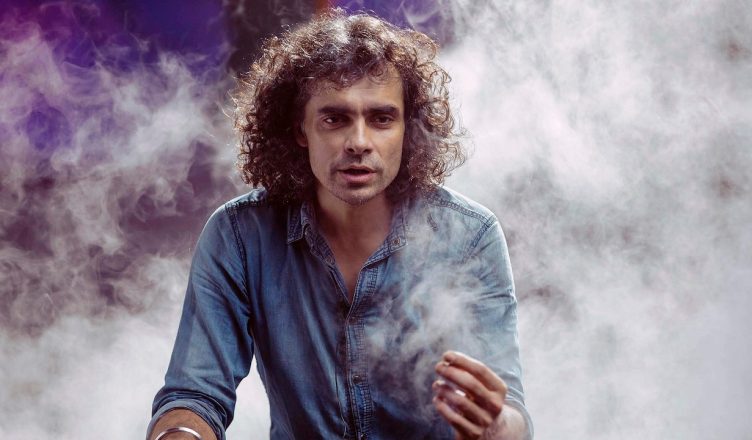 As audiences laughed heartily in scenes which were supposed to be moving and emotional in your recently released flick Love Aaj Kal, I underwent through a mixture of emotions. Yes, even I was amused by the absurdities of what was unfolding in my front of eyes. But at the same time, I was also heartbroken that the same man who gave us films like Jab We Met, the old Love Aaj Kal and Highway is today being ridiculed in such a way.

When I see the recent films of Ram Gopal Varma or Subhash Ghai, I often wonder how these directors who once gave legendary and classic films are today delivering such pathetic kind of movies. I never in my wildest dreams imagined that you, too, would get into this category, after the twin debacles of Jab Harry Met Sejal and Love Aaj Kal. I am sure you have gone through the reviews and what people thought about the film. But may I suggest that if possible, please revisit your old classics and understand what worked so well with the audiences. You came up with path-breaking stuff in your films at one point like break-up party and setting your ex-partner’s photograph on fire and then flushing it. These quirks were very cool and cathartic and youth could identify with it easily. In the new Love Aaj Kal, it seemed like a wannabe version of you. You were trying too hard to impress the young crowd and you thought by showing them confused and not knowing how to healthily express their emotions will earn you brownie points. But the opposite happened, as you can see.

Then you attempted to put a character called Justice Chaudhary and it misfired and how. Firstly, the placement of the scene was wrong. His sequence comes immediately after the interval and there have been reports of viewers not even realizing that the second half has started! And did you conclude that just by showing that this stand-up comedian is a rage and that people are sharing his videos on Instagram will make you ‘cool’? I strongly feel this could have been a nice touch but his dialogues were so poor. In fact, the entire film has mostly bad dialogues that fail to elevate the impact.

Jab We Met’s Geet, old Love Aaj Kal’s Meera and Highway’s Veera were memorable female characters from your films. They were flawed and confused but there was so much depth to them. Audiences fell in love with them and many wished they had a Meera or Geet as their partner. Zoe, in the new Love Aaj Kal, meanwhile, is someone you wish you’ll never meet in your life. Female audiences loved you so much and were your biggest fans. But today, you have let them down.

Not just your fans, even your lead actors’ reputation has suffered. Sara Ali Khan has given a fine performance but since she played the obnoxious Zoe, even she became a laughing stock. One can hardly blame her here. She’s new and you are someone who has delivered classic films. Obviously, she has just followed your instructions. She was perhaps hoping that she’ll have a landmark performance and her career will get better the way it happened after Alia Bhatt and Kareena Kapoor Khan worked with you. The same applies for Kartik Aaryan – he was hoping for a Ranbir Kapoor’s Rockstar-zone performance. Today, their credibility has taken a beating.

One can’t deny that there were several things in the film that you got right. Randeep Hooda’s track was interesting and the twist in the tale is something that no one saw it coming. A few aspects and touches were a treat like the graffiti on the walls, an upscale bar giving out tequila shots from a tiny window resembling a hole-in-the-wall cheap liquor shop, etc. I also liked the way Veer’s desktop screen was mounted on a height as this is how many creative people have their system arranged at their place. A few dialogues had the classic Imtiaz Ali touch especially when Zoe says that her work is her boyfriend.

And these minute aspects give us hope that we still haven’t lost the kal-ka-Imtiaz Ali forever. It’ll be great if you can team up with some young writer, buzzing with great ideas, and who is in sync with your line of thought. I know you usually write your own stories and scripts but in the past, you did make an exception for Rockstar which was co-written by Muazzam Beg. Also, desperate times call for desperate measures. You have some interesting ideas to tell and it’s important it doesn’t get lost when transforming it on celluloid. A support of another writer can be a boon in such cases. If the writing is overall strong, then a few minuses will be ignored. I remember while watching the old Love Aaj Kal, viewers also laughed in the scene where Meera claims “Main baad mein maafi maang lungi tumse.” Viewers, however, got a lot to take back home with that film and they didn’t mind a few minuses on the way. But when there are too many such mindless scenes in the film, it gets problematic.

Finally, just ask yourself after watching the latest Love Aaj Kal – are you really happy with the end product? Is this the best you can deliver? If yes, then we completely respect your decision and if that is so, please at least keep the budgets under control. Don’t let the investors suffer so much. You are a producer yourself now and you’ll understand what I am saying here. However, if your answer to the aforementioned questions is ‘No’, then it’s time to take stock of the situation. Many moviegoers still love you and are hoping you make a solid comeback because we know you can do it. You’re probably the only one right now regularly making light-hearted urban romcoms. There’s a huge market for these films among the youth and you can fill the void, if you come up with a well-made film, like you did earlier. Hence, we request you to understand where you went wrong and correct the wrongs.

I hope this letter is taken in the right spirit, if it ever reaches you. And apologies if any of my words have hurt you.