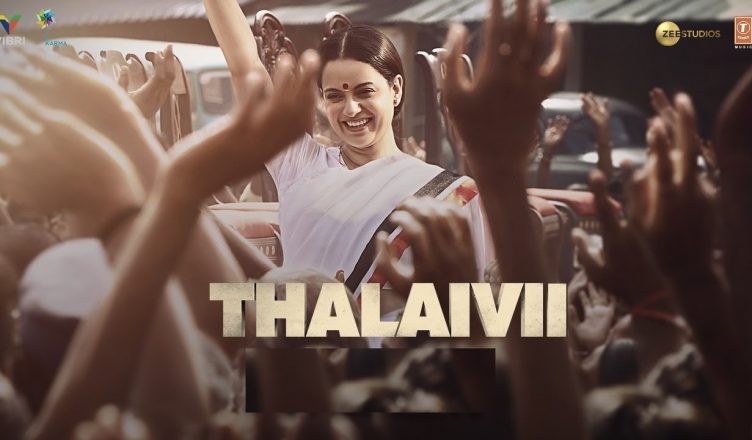 Thalaivii starts with a bang. The first half is devoted to showcasing Jaya’s film career; this part is interesting but not as terrific as the first scene. Thankfully, the film goes on another level in the second half as Jaya joins politics. From here on, the film doesn’t let your attention even for a second as there’s so much happening. A few scenes are exceptional and would keep lingering in your mind even after the film ends. Vijayendra Prasad and Rajat Arora, the two massy writers, have collaborated beautifully and came up with an entertaining script. A L Vijay’s direction is simple and it’s easy to comprehend the goings-on. On the flipside, the first half is a bit haphazardly edited. A few sequences will leave audiences bewildered. One even gets restless as one wants the political track to begin. The intermission point is significant but also dull and could have been better. Speaking of performances, Kangana Ranaut, as expected, rocks the show. This is yet another mind-blowing and National Award worthy performance. Arvind Swami also delivers one of the greatest performances of his career. You have to see it to believe how perfectly he has essayed the yesteryear star-turned-politician. Raj Arjun is the surprise of the film and its great to see that he has such a lengthy role. Nassar is superb. Bhagyashree is lovely while Madhoo doesn’t get much scope. All in all, Thalaivii is a simple and massy political drama that’s surely worth a watch. It’s a grand fare and if it has been released in your city, do watch it on the BIG screen! (P.S.: Don’t miss the beginning)