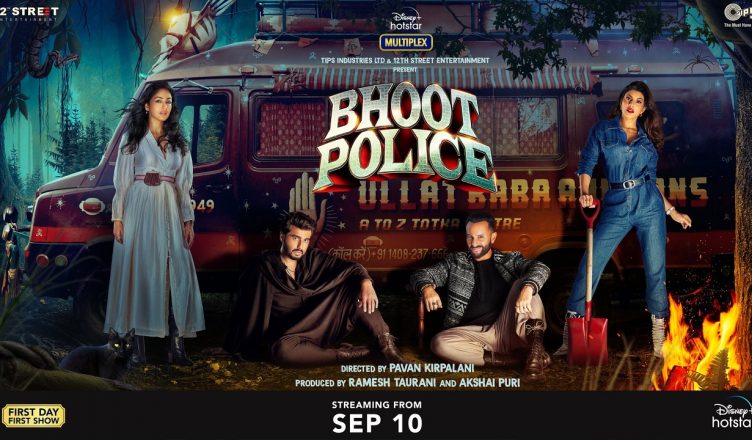 Bhoot Police is a fine entertainer and though it reminds one of horror comedies like Stree and Roohi, it stands out as it deals primarily with the lives of the ghostbusters. The characters are very well fleshed out and that also keeps the interest going. A few horror scenes are very well executed. Even the humour works at certain places. Certain twists and turns are unexpected. On the flipside, the film slips after a superb great and picks up properly only from the intermission point. A few developments are silly. The dialogues are quite smart and funny but only at places. Audiences have off late consumed stuff like The Family Man, Mimi and even Helmet which had great one-liners in nearly every sentence. Bhoot Police had the scope for it but sadly, that doesn’t happen. Speaking of performances, Saif Ali Khan is the best performer in the film and rocks the show. Arjun Kapoor is sincere and looks better than his recent film appearances. Yami Gautam shines in the second half while Jacqueline Fernandez is just okay. Jaaved Jaaferi is not as funny while Rajpal Yadav is wasted. Yashaswini Dayama (Guddi) Saurabh Sachdeva (Ullat Baba), Girish Kulkarni and Jamie Lever leave a mark in their small roles. Late Amit Mistry is fine. Jayakrishna Gummadi‘s cinematography is terrific and this is yet another big-screen film that has sadly gone directly on digital. All in all, Bhoot Police is a timepass horror comedy and much better what the trailer indicated.