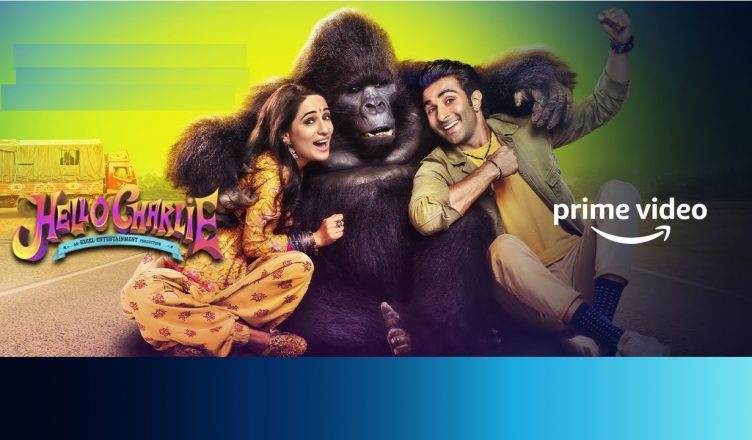 Hello Charlie is a mindless comic caper and rests on a hilarious premise. The idea of a man attempting to disguise himself in a gorilla suit to evade the cops and teaming up with a good-for-nothing fellow is a promising one. And thankfully, for most part of the film, the makers get it right and lace the film with some really nice comic moments. There are multiple tracks but all of them come together neatly, and that too, within 101 minutes of run time. On the flipside, the pre-climax is just not funny. Even the climax fails to evoke laughs. And at one place, they have copied a gag from Andaz Apna Apna which is just not done. Talking of performances, Aadar Jain gives his best and has good comic timing. In some scenes, he’s a bit raw, though. Jackie Shroff is too funny and plays very well with his expressions. Elnaaz Norouzi puts up a very confident act. Newcomer Shlokka Pandit leaves a huge mark, despite a late entry. Rajpal Yadav and Bharat Ganeshpure are decent but the makers don’t give their characters their due. Girish Kulkarni hams a bit but it works for his character. Darshan Jariwala is too good, as always. Kunal Vijaykar and Siddhanth Kapoor are fine. All in all, despite the blemishes, Hello Charlie is a fun film. It’s a rare, clean Bollywood OTT film aimed at families and kids. Get your whole clan together and enjoy this fare!