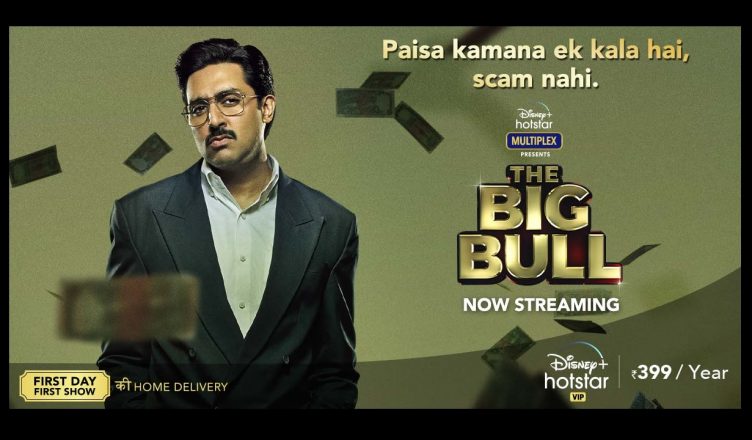 The Big Bull is a fine effort and its treatment makes it clear that it would have been great to watch it on the big screen. The film is 154 minutes long but keeps one interested from start to finish. A lot is happening throughout the film and the makers don’t let viewers to feel bored even for a second. The first half is fine but the second half is better, with the climax being unexpected. On the flipside, the film, at places, moves too quickly and certain developments are never explained properly. And of course, the biggest issue is that one can’t help but draw parallels with Scam 1992. That was much better executed and moreover, since almost all have seen that web series, one knows the story more or less. Hence, the surprise factor is missing from The Big Bull. Speaking of performances, Abhishek A Bachchan, as expected, rocks the show. He keeps his act restrained and doesn’t go overboard. And that works very well for his character. The manic laugh scenes, however, should have been avoided. Ileana DCruz is hardly there in the first half and it’s in the second half where she delivers a great performance. Her bespectacled look is quite cool. Nikita Dutta is adorable and plays a lovely character with panache. Sohum Shah, as expected, is dependable and an absolute natural. Same goes for Supriya Pathak Shah. Saurabh Shukla and Ram Kapoor have limited screen time but leave a huge mark. Mahesh Manjrekar and Samir Soni are fine in their cameos. Kannan Arunachalam (Venkateshwar) is excellent and has a crucial role. Shishir Sharma (Rajesh Mishra; Meera’s boss), Lekha Prajapati (Tara; Viren’s wife), Hitesh Rawal (Kantilal), Sumit Vats (Hari), Tripti Shankhdhar (Ashima; who meets Meera in the train) and Rio Kapadia (NCC MD Singh) are fair. The song ‘Ishq Namaza’ is soulful and is well shot. All in all, despite the comparisons with Scam 1992, The Big Bull deserves a watch for the performances, drama and unexpected climax.