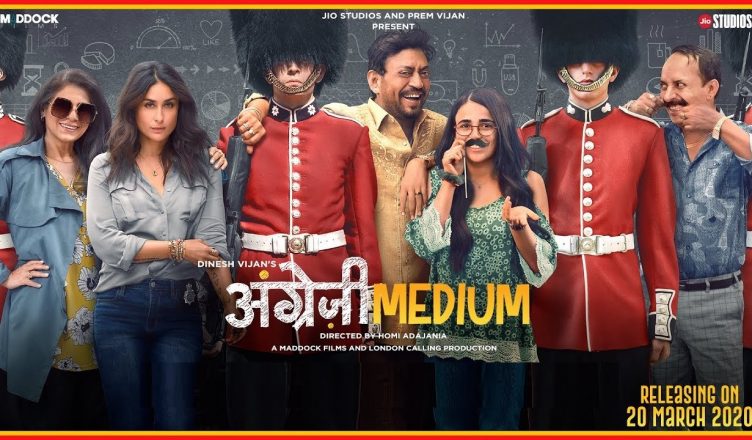 Angrezi Medium is a decent, heartwarming film that has its heart at the right place. It is 2 hours 25 minutes long and yet, it doesn’t bore even for a second as there’s a lot happening every minute. The chemistry of Irrfan Khan and Deepak Dobriyal is terrific and they raise loads of laughs. Also, the father-daughter relationship is touching. Sadly, the developments that lead to these comedy and emotional scenes are unconvincing. A few instances in the film are also confusing. Though the film doesn’t bore, a few subplots don’t add much to the principle plot. Talking of performances, Irrfan Khan is terrific and he seems in great form. His performance as always is spot on and it’s a pleasure to see him do such a good job despite the crisis he’s going through. Deepak Dobriyal is like the second lead of the film and also puts his best foot forward. Radhika Madan gives a worthy performance and is convincing as a student. Kareena Kapoor looks excellent and does well but overall, she doesn’t have much to do. Same goes for Dimple Kapadia. Pankaj Tripathi is hilarious while Kiku Sharda and Ranvir Shorey are fair. Tillotama Shome deserved more screen time. On the whole, Angrezi Medium is not as great as Hindi Medium but yet, deserves a watch at least once for it’s message and of course for Irrfan Khan!