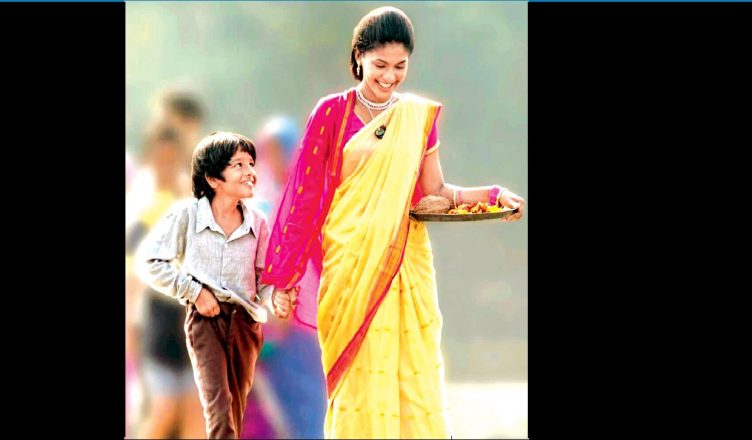 Nimmo is a film produced by Aanand L Rai, who has directed and produced some significant films of recent times like Tanu Weds Manu series, Raanjhanaa, Nil Battey Sannata, Happy Bhag Jayegi, Newton and Shubh Mangal Saavdhan. Just like these films, Nimmo is also a rooted, desi entertainer. It tells the story of a school kid who is in love with his neighbor, who is a much older woman! What Pehredaar Piya Ki failed to do, Nimmo achieved it very well! Director Rahul Shanklya has treated the film beautifully and not even does this unusual, one-sided love story turn repulsive or cringe-worthy! Special mention should also go to Aanand L Rai for his inputs. Even with Shubh Mangal Saavdhan, the lines were not crossed, despite the taboo subject. Speaking of performances, the kid-actor Karan Dave was too good and is the soul of the film. Anjali Patil is stunning and delivers a terrific performance. The actor who played Matru is also a great find. I got to see this film at the #JioMAMI19thMumbaiFilmFestival and Rahul Shanklya interacted with us post the screening. He rightfully blasted the MAMI organizers as they didn’t allow Karan Dave in the auditorium because as per their rules, kids are not allowed in this film festival! Shockingly, just three days before, child actors of the film Zoo were allowed inside! Karan’s heart broke as he was dying to see the film and audience reaction and he started crying. All the moviegoers got shocked when they learnt about this as we had just seen Karan’s great performance and we would have loved to meet him! It’s really sad that MAMI does these stupid things and it’s high time they get their act straight!