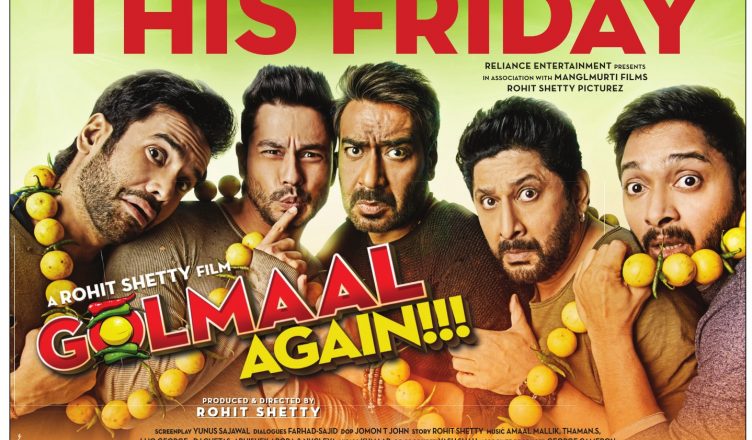 Golmaal Again is a great entertainer that delivers loads of laughter. And this time, there’s also horror that’s nicely done – neither too scary, nor amateurish or laughable. But that’s not all – the film is laced with some great emotional and dramatic moments. It works well but those expecting an out and out comic caper might be disappointed. Ajay Devgn is nice but it’s the others around him that shine more. Parineeti Chopra looks gorgeous and has a very important part to play in the film. Arshad Warsi is damn good as the wicked Madhav. Kunal Kemmu gets to shine at few places. Tusshar Kapoor and Shreyas Talpade however take the cake and are hilarious. Tabu has a very interesting part. From the supporting cast, Prakash Raj, Johnny Lever and Neil Nitin Mukesh do a very fine job. Few scenes are repetitive – exactly as per Golmaal 3’s laugh riot scenes and again, this make you laugh but also makes you feel why jokes are being repeated! Some of Sanjay Mishra’s dialogues fall flat and that was disappointing. But overall, the film is well put together and has some exhilarating moments. The intermission point is outstanding! A fairly entertaining ride, in short!