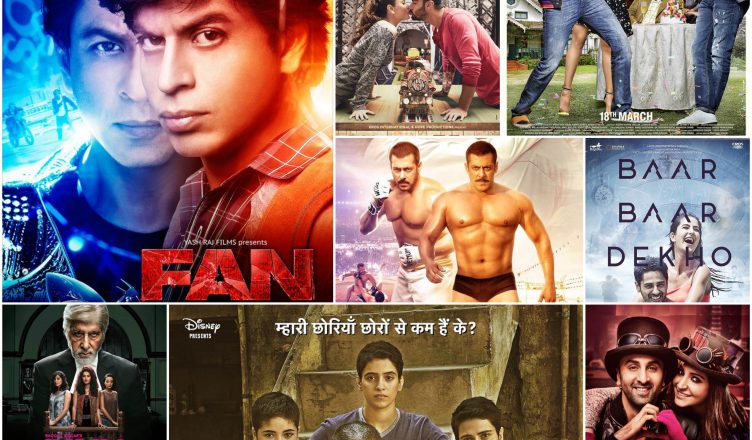 Films are often accused of teaching the wrong things to the impressionable minds in society. But we fail to realize that films teach some important lessons too. 2016 came up with some great films that left viewers with a lot and not just entertainment. Here’s the list of such films and the lessons from it:

Chalk & Duster: Remember Your Teachers
We pass out from school and then never look back at our teachers who educated us and played a very important role in our lives. Chalk N Duster tells us to not forget these people of the noble profession, especially when they are not getting deserving pay and their respect in the society is slightly dwindling.

Airlift: Never Give Up
Airlift’s Ranjit Katyal had an impossible task in hand – he had to get back 170,000 Indians from Kuwait, during Saddam Hussein’s invasion. How he tries every trick in the book assertively, insisting the officials, sometimes even smartly getting them to agree to him is something that’s not just entertaining but also enlightening.

Neerja: Darr Ke Aage Jeet Hai
Fear Gave Her Courage: The tagline said it all. Head Purser Neerja Bhanot could have easily chickened out and done nothing as the hijackers’ wreaked havoc. But she refused to be a mute spectator. That doesn’t mean she fought with them. Rather, she took control as much as she can. She saved the American passengers by hiding their passports. And that’s not all. She also took the bold step of walking out of an abusive marriage

Kapoor & Sons: It’s All About Understanding Your Children
There are lots of lessons in the film but the most important being that parents should understand where they are going wrong in treating the children, sometimes unintentionally. Ratna Pathak Shah’s quest to ensure that Fawad is a ‘perfect baccha’ turns out to be a sword dangling over his head. Sidharth Malhotra’s unsuccessful attempts in being a writer was also somewhere due to his mother’s action going wrong (for Sidharth but for Fawad, it worked). Even the children however falter and it’s neatly shown and balanced out. The million-dollar lesson of Prem Ratan Dhan Payo, Har family mein problem hai, par woh khushnaseeb hai jinki family hoti hai, suits the film very well.

Ki & Ka: Being A House Hubby Is No Big Deal
The man in the society is pressurized from the start to earn degrees and later, lots of money. After all, who’ll marry him is the argument put forward. But not all men are ambitious. Some simply doesn’t want to work and instead, want to be a homemaker. Ki & Ka tells that it’s completely all right to do so. At a time when gender equality is being practiced and gender roles are being reversed, Ki & Ka couldn’t have come at a better time

Fan: Being Crazily Obsessed With Your Star Is Not Love
The film might not have been loved but the lesson it says makes a lot of sense. There’s no harm in loving a celebrity, putting up his posters and sometimes, even fighting for him on social media. But being obsessed about him/her, stalking the celebrity, going all lengths to meet that person and worse of all, harming that celebrity when he/she doesn’t reciprocate is just not justified. You are not in love then, you need help

Nil Battey Sannata: Beti Bachao, Beti Padhao
A maid’s daughter is not destined to be a maid. Through education, she can become anyone she wants. Nil Battey Sannata is a must for all those who don’t take schooling seriously and feel that it will not help, especially when you have a girl child. The manner in which the mother (Swara Bhaskar) in the film goes to so many lengths to get her daughter (Ria Shukla) pass in Class 10, including become a student herself, is quite heartening and motivating.

Sultan: It’s Never Too Late
When a man in his 40s with a paunch and burdened with guilt can transform himself and fight the world’s most ferocious fighters, what’s stopping you? Sultan Ali Khan gives it all to fight in the championship although he has a reason to do so. But he was passionate enough to give it his 100% and that too at a point where he didn’t really hope for a change. But that’s what life is – it changes for the better when you least expect it

Baar Baar Dekho: Family Is As Important As Work
The film was panned but it tells that one should not be totally consumed by work and ignore our loved ones. In fact, we should be grateful for our family. Jai (Sidharth Malhotra) learns the lesson when he time travels in the future. While he gets a chance to go back in time and correct things before they go wrong, in reality that doesn’t really happen. Hence, a work-life balance is very important and it should be done on an immediate basis

Pink: No Means No
Perhaps the most powerful lesson taught by a film in 2016! The girls in Pink are shown partying, going out late at night, wearing glamorous clothes, befriending men and even going to their hotel rooms. Yet, that doesn’t give a man the right to exploit them especially when they made it clear that they are not interested. Moreover, the prosecutor slyly tries to prove that the girls were offering sex for money. But the defence lawyer (Amitabh Bachchan) beautifully justifies that the woman can be anyone – a friend, girlfriend, wife, family member, colleague or even a sex worker – but if she says No, then it means No. In an industry which has been riddled with the idea that ‘A Girl Saying No Means Yes’, Pink comes and slams all such myths.

M S Dhoni – The Untold Story: Your Favourite Personality Doesn’t Solely Deserve All The Credit
We appreciate our favourite sportsperson but don’t realize how many people rallied behind him/her to make him/her successful. M S Dhoni – The Untold Story is a homage to not just Dhoni but his friends, family and all others who realized his potential early on. Imagine if Bannerji sir would not have asked Dhoni to play cricket in school, would he have even realized his potential? Moreover, the manner in which Dhoni’s friends chip in money so that he can make it to Dum Dum airport is quite a touching scene. Another lesson to learn from Dhoni’s TC episode is – if you are not interested in your job, get out of it. Life is too short to be wasted on something you don’t like

Ae Dil Hai Mushkil: Dosti Mein Sukoon Hai
So what if the girl you love doesn’t reciprocate your feelings? Sometimes, you should not run away or declare that you can see her only as your girlfriend. There’s a possibility that you can be her friend as well. It’s difficult but not impossible – after all the person is important, not the kind of relationship you have with her. Ae Dil Hai Mushkil explains this idea beautifully. That it became successful shows that audiences accepted this notion.

Dear Zindagi: Let It Go, Let It Go…
Gauri Shinde’s Dear Zindagi explains how the shocking experiences of childhood can cause problems later in adulthood, especially when its repressed. Kaira (Alia Bhatt) breaks hearts of some genuinely nice men, is confused and shows her weird side by buying a candy floss machine but never using it. It’s only when she lets go of her childhood shocks that she is able to breathe again. Additionally, it also subtly tells how the girl child is still not given her due, even in high class societies. A family friend degrading Kaira at any giving opportunity is absolutely sickening and sadly, very relatable.

Dangal: Girls Can Be As Good Or Better Than Boys
A father has 4 daughters. He stays in Haryana, which has the lowest sex ratio in the country. But the father here is not concerned about marrying them off, dowry etc. Instead, he’s worried about training them well and that too in the sport of wrestling. And voila, his efforts pay off. While daughter wins a silver medal, the one wins gold. Dangal should ideally put an end to all the arguments that women are not as strong as men 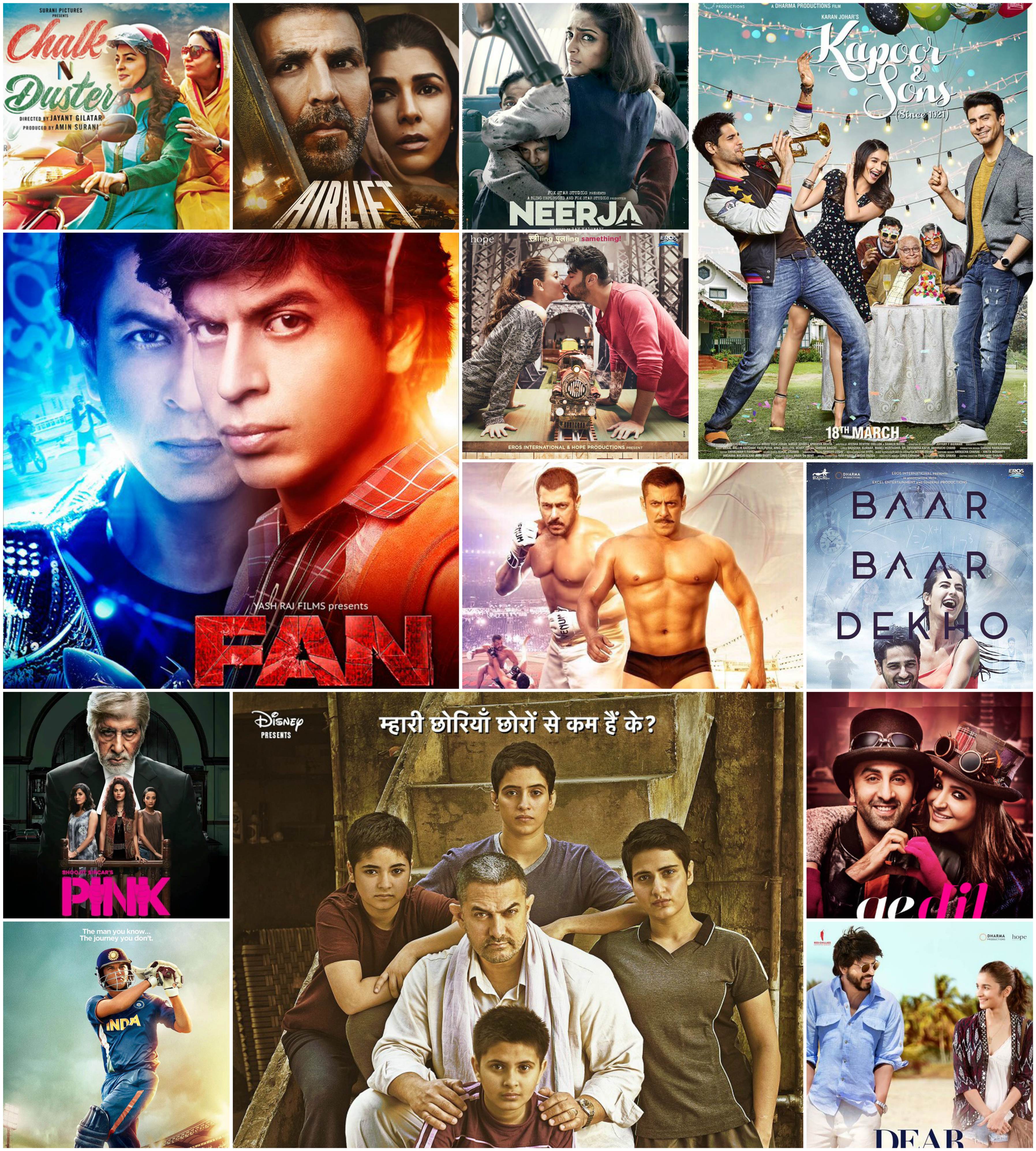 One thought on “14 Lessons Learnt From Bollywood Films In 2016”