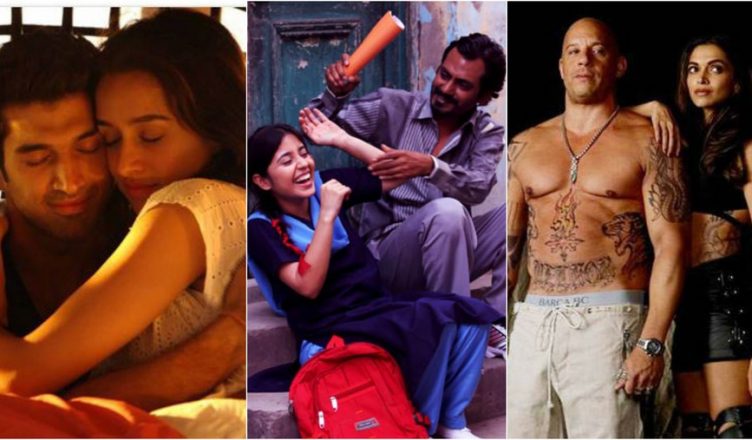 AFTER 2 DRY FRIDAYS, DELUGE OF RELEASES THIS WEEK!

Since a biggie Dangal released on December 23, no filmmaker obviously released his/her in the subsequent two weeks. Coffee With D was to release last week but got postponed at the eleventh hour. But Dangal will enter its 4th week now and it’s safe to release films which have lots at stake. And this Friday will see as many as 3 releases, all of diverse genres! My analysis on these films:

OK JAANU: This is a remake of Ok Kanmani, Mani Ratnam’s 2015 romantic film that was loved for its storytelling, music and performances. The remake stars Aditya Roy Kapur and Shraddha Kapoor and is directed by Mani’s loyal assistant Shaad Ali who incidentally also directed the south director’s Alaipayuthey into Saathiya. Karan Johar is the co-producer along with Mani Ratnam. The trailer of the film got a mixed response and same goes for the title song. But The Humma Song has become a rage, despite the criticism over the rap portion. The song has been shot very well and has made an impact. Aditya-Shraddha jodi is damn good and their chemistry seems crackling. At the box office, the film can have an average opening and then can increase if the response is positive. The premise definitely has promise and here’s hoping Shaad has executed it well!

HARAAMKHOR: This is a small-budget film from Sikhya Entertainment directed by Shlok Sharma. It stars Nawazuddin Siddiqui and Shweta Tripathi and tells the story of an illicit affair between a tuition teacher and an underage student. The film has been ready since sometime but it faced issues at the Censor Board. Ideally, this is not the right time for the film to release as it would get very less shows due to the humongous release of Ok Jaanu and XXX: Return Of Xander Cage. But then, Haraamkhor is anyways a niche film and it can make a mark even with a small release. Futher, there’s no film release next week and hence it has all the time till January 24 to earn as much as possible!

WHICH FILM WOULD YOU LIKE TO SEE OUT OF THESE AND WHY? DO LET US KNOW!