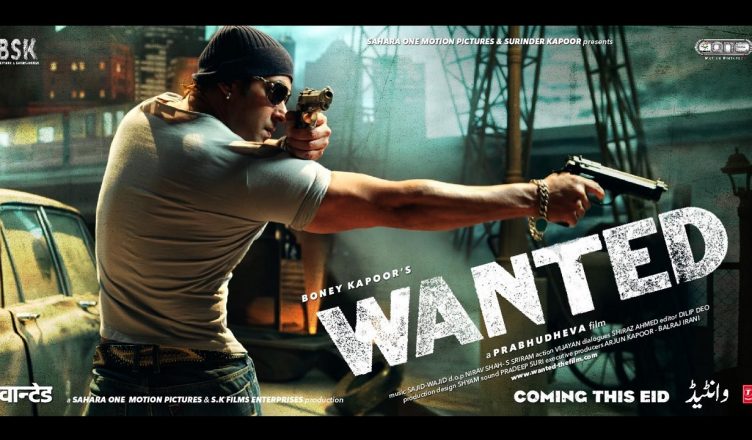 Bollywood is going through a great phase at present. So many different kinds of subjects are being attempted and are getting commercial success. Masala films continue to do well and the era of single screens, whistles, claps et al is very much thriving, albeit only in certain parts of the country. But 10 years ago, things were gloomy for the industry. The films were getting success but there used to vast periods of drought in between two hit films. Also, while footfalls in multiplexes were steady, in single screens, it was poor. The multiplex strike of April-June 2009 had further crippled the business of single screen cinemas.

But then came Wanted, which ushered in a new era. In producer Boney Kapoor’s words, “It brought back the concept of hero, something which was in vogue years back when Amitabh Bachchan used to play such characters. Somehow such cinema had become extinct.” Superstar Salman Khan played the lead role who, just like the industry, was also going through a tough time. Wanted put him back in the big league. Till today, he’s following the ‘Wanted’ formula of making mass-friendly, action entertainers (and with him doing away with his shirt in the finale fight) and now not just single screens but even multiplexes are lapping it up.

10 months before Wanted, Aamir Khan-starrer Ghajini was also an attempt in reviving the testosterone-driven cinema. But it was not a complete action film and had other elements too. Wanted, meanwhile, had action in adequate doses and catered to the single-screen audiences who went crazy over the film and how. On the joyous occasion of Wanted’s 10th anniversary, we go down memory lane and bring back some not-so-known trivia about the film, including how Salman Khan’s father Salim Khan emerged as an angel for producer Boney Kapoor in times of crisis:

1. Wanted was earlier titled Wanted: Dead Or Alive. The makers were in favour of simply Wanted as the film’s title. However, a producer down South had the rights who asked for a huge amount of money to part with the title. According to unconfirmed reports, it was Salman Khan who paid for the title from his own pocket.

2. Not just Salman, but even his father Salim Khan made a major contribution to the film. The B4U group had filed a case against Boney Kapoor in the High Court and demanded a stay on its release. In September 2006, Boney had signed a MoU with B4U for a joint venture for which the latter had extended an advance of Rs. 10 crore to acquire rights of the former’s five films. The price of these films wasn’t fixed and moreover, B4U and Boney couldn’t reach an understanding. Meanwhile, Boney Kapoor was in a debt trap and in the absence of any funds from B4U, he joined hands with Sahara One Motion Pictures and produced Wanted. B4U hence moved the High Court which upheld that Boney can’t create third party rights to his films. It also directed him to furnish Rs. 10 crore as security deposit. Fearing that Wanted’s release may suffer, Boney moved the Supreme Court which allowed the film to release on its scheduled date. But it was told to deposit Rs. 2 crore within a week. Raising Rs. 2 crore was a difficult task for Boney and this is when Salim Khan stepped in. He immediately lent him Rs. 1 crore. Boney was moved to tears at this gesture. Salim saab however felt it was the most apt thing to do and stated, “I know people who have crores lying in Swiss banks and benaami accounts but they will not help you with even a lakh when it comes to the crunch. In fact, if you tell someone that you are looking for monetary help, that is the surest way of driving them away from your life. I think most of us are born selfish.”

3. Wanted began the trend of having Eid releases for Salman Khan. Barring 2013, Salman has had a release on this festival every year from 2009 to 2019 and is also scheduled to have a film coming on Eid 2020 as well. But it’ll be interesting to know that initially, Wanted was to arrive much earlier. The multiplex strike pushed it ahead, just like most films. Till April 2009, Wanted was to hit screens on July 3 and it was also to clash with Dulha Mil Gaya, which featured Shah Rukh Khan in a supporting role. Then it was moved to August 7. Later it got a release on September 18, 2 days before Ramzan Eid. The teaser was released with Love Aaj Kal, that came out on July 31.

4. Another minor jolt suffered by Boney Kapoor is when the Central Board of Film Certification (CBFC) gave the film an adults-only certificate. Several industry insiders, trade and even audience were left shocked since the film had violence but it was not too gory either. There were fears that it might restrict the film’s appeal. Even Salman in many interviews expressed his disagreement with Wanted’s ‘A’ rating.

5. Salman Khan promoted the film extensively. From the promotions itself, it was evident that Salman’s ‘re-birth’ has happened with Wanted. Even in the songs, he seemed in top form after a long time. His dance steps in ‘Mera Hi Jalwa’ was quite appreciated. He said in an interview, “It’s really amazing to see the dance steps I have done. I can’t believe that it’s me in the song, dancing like this, yakeen hi nahin hota ki aisa bhi kuch ho sakta hai!”

6. Salman Khan also used his game show on television, ‘Dus Ka Dum’ to promote Wanted. In a rare move, Boney Kapoor’s wife, the late Sridevi made an appearance in the memorable episode along with Boney, director Prabhudheva and actress Ayesha Takia. Without Sridevi’s knowledge, Salman sneaked in two of her paintings and presented in front of the audiences. Sridevi surprised one and all when she said that for one of the paintings, she used the tips given by Salman. What also made this episode special is that Boney and Sridevi’s daughter Janhvi, who is now also an actress, was present in the audiences’ section and Salman lovingly addressed her and her younger sister Khushi as two other beautiful creations of Sridevi.

1. Wanted released in 1400 screens and its first day collections stood at Rs. 5.10 crore. It was the ninth biggest opener of the year but emerged as the fourth biggest grosser of 2009 as it collected Rs. 60.24 crore in its lifetime.

2. It was the massiest film of 2009 and after a long time, such a film had come in cinemas. As a result, his traditional fan base was out in full force. Around 70% of business in the first week was done in single screens, as per a report.

3. In Mumbai, Ankur cinema in Govandi had to paint a ‘Housefull’ board because they didn’t have one. Theatres in South Mumbai like Liberty and New Empire had to dig out the ‘Housefull’ board from their storage rooms as they didn’t need them for a long time. The scenario was similar in many single screens across the country.

4. Manoj Desai, executive director of G7 Multiplex in Mumbai, popularly called as Gaiety-Galaxy cinema complex, was heard saying, “Wanted has got the film industry and also the single screen cinemas out of the ICU. The film has got 100 per cent collections till now and it is only going to get better.”

5. Boney Kapoor reported that in Rishi theatre in Uttar Pradesh’s Bulandshahr, a gun firing took place between two sections of Salman Khan fans. It led to a riot-like situation and police had to resort to firing outside the theatre to disperse the crowd.

6. In Paras cinema in Jaipur, the cops had to request the theatre management to sell 200 tickets less to keep the audience in control.

7. In the biggest theatre in Hubli, Karnataka, almost 5,000 people gathered outside to buy tickets.

8. Unlike the norm, Wanted was released in all 3 theatres in Kanpur and police protection was adequately provided.

A lot of films’s tenth, twentieth, twenty fifth anniversaries are celebrated nowadays and many of these at times seem unnecessary. However, Wanted deserves to be feted as it was the first step in making our industry bigger and better. Today, most of the films in the Rs. 200 and Rs. 300 crore club belong to the action masala genre. Hence, Wanted is responsible for opening the eyes of the producers that such films are not dead, as believed then by many, and that they’ll always have an audience. May we have many such pan-India flicks in the future too!