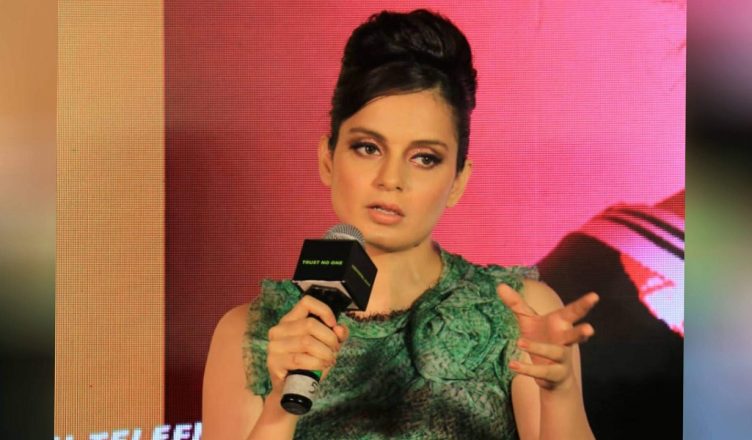 The drama that has been going on since a week thanks to Kangana Ranaut has now taken some interesting turns. In the last two days, some significant developments took place that exposes the insecurity of Kangana Ranaut and how the media is slowly inching on its way to victory.

It all started last Sunday on July 7 at the launch of the ‘Wakhra Swag’ song held as part of promotions of Kangana Ranaut’s upcoming film Judgementall Hai Kya. At this event, a journalist named Justin Rao was slammed heavily by the actress as soon as he introduced himself and before he could ask his question. Kangana alleged that he is running a ‘smear campaign’ against her due to which ‘her brand is getting harmed’. She even accused him of having ‘gandi soch’. Next day, her sister-cum-manager Rangoli Chandel exposed Justin Rao’s screenshots to prove that he has an agenda towards her and that Kangana was justified with her actions. Many raised the point that both Kangana and Rangoli have also been running similar ‘smear campaigns’ on celebrities like Alia Bhatt without provocation. But this valid point fell on deaf ears.

On July 9, the Entertainment Journalists Guild Of India was formed and it took a decision to boycott Kangana Ranaut until she apologizes for her behaviour. Two days later, on July 11, Kangana shocked one and all as she put out a video over this brouhaha. Instead of regretting her actions, she condemned the media for targeting her unfairly. She called the protesting mediapersons ‘termites’ and even called this section ‘dogli, bikaau media’ who attend film events only to consume ‘free food’. She further called them ‘nalayak and deshdrohi’. In the end, she folded her hands and requested media to ban her and that they are doing a big favour on her with the boycott.

If Kangana Ranaut’s idea was to intimidate the journalists with her strong stand, sadly it didn’t work. The opposite happened as the public support for the journalists increased. One of the biggest news agencies of India, the Press Trust of India (PTI), made it clear that they too stand with Entertainment Journalists Guild Of India and have boycotted her. Justin Rao is an employee of PTI. Later, many more journalist associations joined Entertainment Journalists Guild Of India and boycotted Kangana like Mumbai Press Club, TV Journalists Association, Uttar Pradesh Working Journalist Union and Mumbai Marathi Patrakaar Sangh.

On Friday July 12, the team of Judgementall Hai Kya had held an event wherein Kangana was to be present. As per the event, Kangana was to bar hop in different pubs as part of ‘Wakhra Swag’ promotions. Upon seeing how the movement against her was getting stronger day by day and that mediapersons are adamant on their stand, the event was cancelled. The official reason however given was that Kangana is ill and hence the cancellation.

On Saturday July 13, 48 hours after Kangana demeaned the journalists and said that she doesn’t care a damn that they ban her, she sent a legal notice to Entertainment Journalists Guild Of India, demanding that the ban on her be lifted! The notice says that the ban on her should be lifted within 24 hours (by today) or else she’ll file a complaint. Rangoli Chandel has put up the entire legal notice on her Twitter handle.

Needless to say, this latest step by Kangana Ranaut has amused one and all. It is clear that she is desperate that the media stops boycotting her. Unfortunately, she was in the wrong from the day she insulted Justin Rao and then with her video statement and legal notice, things have only gone downhill for her. One thing is for sure is that the media is not going to bow down and an amicable, peaceful solution is the only way forward.

2 thoughts on “U Turn in 48 hours: After requesting media to boycott her, Kangana Ranaut sends legal notice to lift the ban on her”