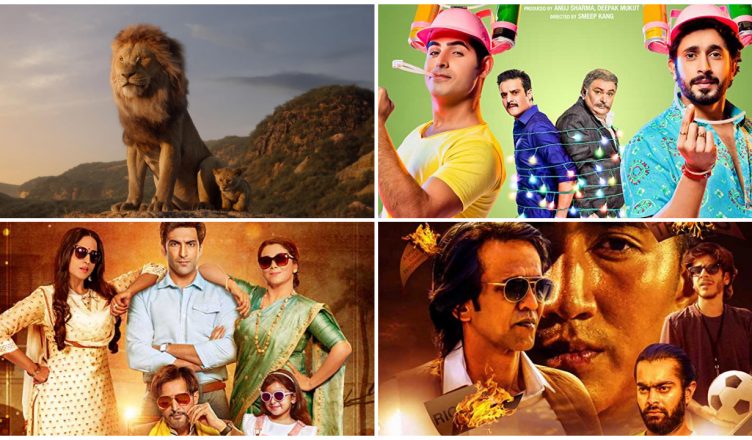 WILL THE LION KING GO THE JUNGLE BOOK WAY?

One of the biggest successes in cinema in India in the past couple of years was The Jungle Book. It was expected to perform well in cinemas. But it emerged as a blockbuster. It also became the first film to cross the Rs. 100 crore mark, and earned a huge Rs. 187.84 crore! Of course, the fact that there was an Indian connect helped this Hollywood film tremendously. But the film was also well-made due to which it held up for almost 25 weeks in theatres, a rarity in today’s times.

Trade and industry are now hoping for a repeat as The Lion King releases tomorrow. The trailer is top-class and the film seems like a grand affair that will be best enjoyed in cinemas. The film has been made even before in the 90s as an animated feature. It was not a great success in India but there’s a lot of awareness about the film, it’s plot and the characters. It’s not based in India like The Jungle Book. But with The Jungle Book’s success, The Lion King is expected to get benefit as it’s made by the same makers.

The Jungle Book was able to do so well thanks to the Hindi version. The Lion King is also expected to succeed in the dubbed version and the makers smartly roped in none other than Shah Rukh Khan to voice Mufasa. To add to the excitement, SRK’s son Aryan Khan will be voicing Simba, Mufasa’s son. The producers recently released a teaser featuring the voice of Aryan and it became a talking point. This was the first time that Aryan’s voice was heard – till now everyone has seen his pictures but no one was aware how he sounds like. And his voice has an uncanny resemblance with that of his father, due to which the excitement is upped. Aryan, as we all know, is a potential superstar of tomorrow, and for those who can’t wait to see him on screen would like to see The Lion King to hear his voice.

Yet, the challenges remain. The Jungle Book opened at Rs. 10.12 crore in 2016. The Lion King will be expected to do better but with the advance and not-so-high buzz, that might not happen. The opening can be anywhere between Rs. 8-9.50 crore and can touch Rs. 10 crore if it picks up in the evening. Since it’s a family flick, the collections can go on a high on Saturday and Sunday. The next two weeks will see 4 significant Hindi films releasing but they are not so big as to dent the collections of this film. Hence, it can have a smooth ride till August 15 and that’ll be more than enough to do blockbuster business.

So will it be able to beat The Jungle Book’s lifetime collections of Rs. 187.84 crore? It seems next to impossible as of now but that was the case for The Jungle Book as well!

Talking of Hindi releases, there are three releases and none of them stand a chance. The one that can get decent footfalls is Jhootha Kahin Ka. It reunites Pyaar Ka Punchnama 2 actors Sunny Singh and Omkar Kapoor along with Rishi Kapoor, Jimmy Sheirgill, Pujita Ponnada and Nimisha Mehta. It is directed by Smeep Kang who has made popular Punjabi films like Carry On Jatta and Chak De Phatte. The trailer is funny and has a customary Delhi-based alcoholic song. Even the cast is popular but the buzz is just not there for the film. The opening might be less than Rs. 1 crore and if all goes well, it can touch around Rs. 1.25 crore.

The second release also has Jimmy Sherigill – Family Of Thakurganj. Mahie Gill, Nandish Singh, Saurabh Shukla, Pavan Malhotra, Mukesh Tiwari, Yashpal Sharma, Pranati Rai Prakash and Manoj Pahwa are the rest of the actors. It looks like a routine UP-based gangster drama. The trailer is far from impressive and this will affect it’s opening.

Finally, there’s Penalty, a football-based film that also tackles the issues faced by North Eastern people in the country. The trailer is dominated by Kay Kay Menon but the end credits in the promo mentions that he has a special appearance. Manjot Singh and Shashank Arora are the other known faces. The buzz is zero and it’ll open to zero-audience shows.