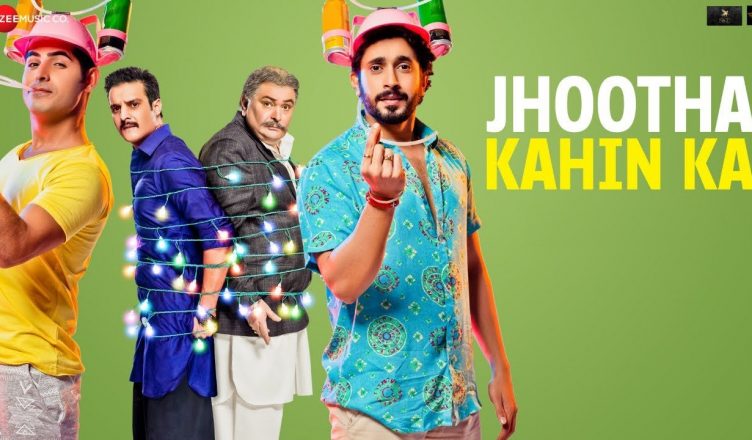 Jhootha Kahin Ka is loosely inspired from director Smeep Kang’s own Punjabi film, Carry On Jatta. Carry On Jatta in turn is loosely based on the 1989 Malayalam movie Chakkikotha Chankaran. Just last month, another Hindi film, Fastey Fasaatey, was also a remake of Chakkikotha Chankaran! Jhootha Kahin Ka unintentionally emerges as a mix of both Carry On Jatta and Fastey Fasaatey and just like the confusion I have created till now in this review, the makers do the same in the film! The storyline has promise but the script and execution is shaky. Also, a film like this would have worked big time 5-6 years or 10 years back. In 2019, it seems a bit dated, also because we have seen too many of such films. Moreover, the production values are very poor and daily soap-like. On the positive side, a few scenes are very funny. The intermission point is hilarious and the climax is a complete laugh riot. These two sequences save the film from becoming a disappointment. Omkar Kapoor is dashing and has the ‘hero’ look. Performance-wise, he’s first rate. Sunny Singh is decent although few of his scenes remind one of his act in Pyaar Ka Punchnama 2. Rishi Kapoor is in excellent form and good to see him on screen after a long time. Jimmy Sheirgill is repetitive but his part works. Rajesh Sharma, Manoj Joshi and Lillete Dubey also add to the fun. Nimisha Mehta is stunning and is apt. Rucha Vaidya gets limited scope. All in all, Jhootha Kahin Ka is an average fare and can surely be seen on television for some laughs!