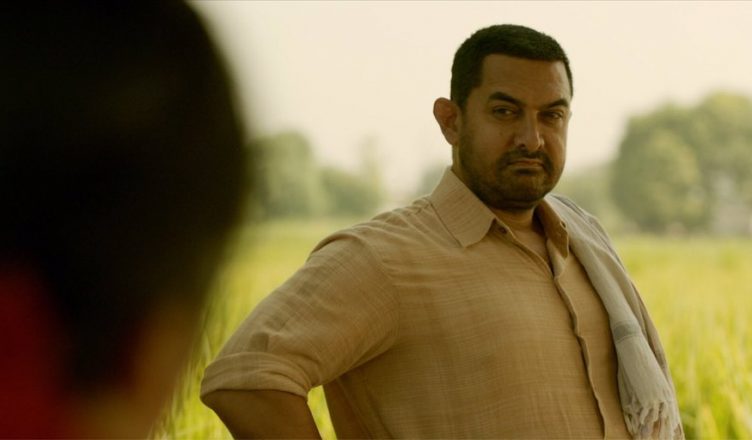 Finally, the verdict is out. Dangal has passed the crucial Monday test. It has collected 24.75 crore approx (as per boxofficeindia.com) on Day 4, a working day. It is the highest non holiday Monday ever. Moreover, this feat was achieved just a day after Dangal collected a mind-boggling 41.25 crore, again which is a record.

The year 2016 has not been great for the industry. We have had just handful of hits. The demonetization allegedly affected collections of films in the last 2 months. But Dangal has changed it all. It shows the power of a good film done by an extremely popular actor. Aamir Khan, the lead actor of this film, has even done this before and with Dangal, he has reminded makers that it is important to make films that have pan-India appeal. If that is coupled with a good story and is backed by a superstar or even an actor with a considerable pull, then sky is the limit.

Moreover, Dangal’s success is also significant because there were fears that his film might be affected due to his controversial intolerance remark last year. He admitted how his wife Kiran Rao wanted to leave the country. A section of society loathed the superstar and labeled him anti-national. Thankfully, the superstar had given a balanced view (after talking about Kiran’s comment, he immediately added that it was a disastrous thing to say). His clarification on the same was quite justified. But the haters continued to spew venom. Aamir however remained nonchalant. He continued with his work – film as well as social. He joined hands with Maharashtra Chief Minister Devendra Fadnavis to solve the water crisis in Maharashtra.

Dangal released on December 23, 2016 – exactly 13 months after his controversial statement. Initially, it seemed that all was forgotten but the haters continued to bring up the issue. I usually ask people in my friend list and also those in the numerous film groups I’ve joined about which film they’d like to see in the upcoming week and why. The comments I got for Dangal were interesting. It was obvious that some had not forgiven Aamir for his comment but they, due to some reason, were not saying it openly. Probably, they realized that they’ll be judged by others. Hence, they started giving excuses for not watching the film. One gentleman in my list reasoned that he’s busy for the next few weeks while the other said that he’s going out of the city and hence can’t watch Dangal. I retorted that Dangal will remain in theatres for 7-8 weeks for sure and they can catch it later. To this, the second person said nothing while the first gentleman replied that he doesn’t like watching ‘old films’ in theatres!

In the film groups however, a few of them came out openly against Aamir. One person argued that he can’t forgive Aamir and is surprised how people have let him off! I prodded further and the said person went off track and blamed Aamir and ‘his community’ for the Kashmiri Pandits’ exodus. I wondered how on earth Aamir is responsible for it. When he realized he had no answer, he concluded saying that there’s no use arguing with me since I ‘belong to the same community’ as Aamir! FYI, I do belong to the community of Aamir – the community of mature, logical, liberal Indians, or so I’d like to believe.

There were people however who wanted to see Dangal but they probably felt ashamed of admitting it. An acquaintance in a movie group made it clear that he’ll watch Dangal as a tribute to an active member, who passed away earlier this year, and who was a die-hard Aamir fan. In another group, some said they’ll watch the film but on pirated DVD. I reminded these people that by doing so, they are contributing to terrorism since piracy funds this industry, reportedly. They obviously considered themselves patriots and with this information, they had no reply.

On the day of Dangal’s release, few angry ‘patriots’ tried to trend #BoycottDangal on Twitter. But obviously it failed as far as I know. On the other hand, the film opened very well. The response was extremely positive. I was confident that this film will emerge as the biggest grosser of 2016. But somewhere, I had the slightest doubt due to the hate mongers. But looking at the Sunday and especially Monday collections, all my doubts have vanished.

It’s really a huge thing if you ask me because hatred has lost. A section of people made some insulting comments on Aamir and tried to dub him anti-India. And yes, there were many who were angry on him. But a vast majority of them really didn’t care much about what he said. And that’s the reason today viewers have come out in hordes to support the film. After all, they just want entertainment and if Aamir is providing it, so be it.

However, the hate brigade is still trying to bring the film down. A popular right-wing website, Shankh Naad, has taken offence to the fact Dangal promotes non vegetarianism! Thankfully, the viewers and the common man haven’t bothered about it.

As they say, haters gonna hate… 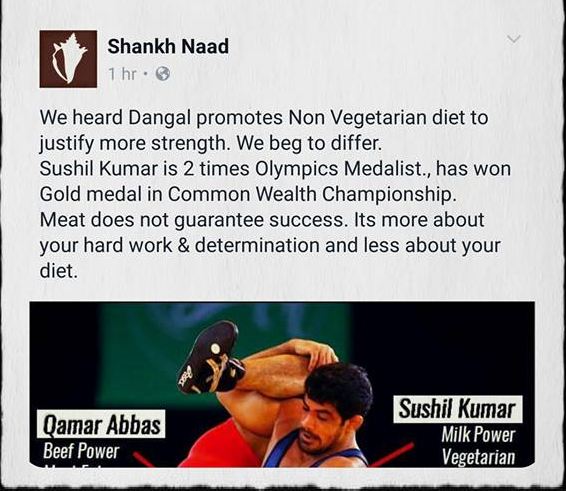