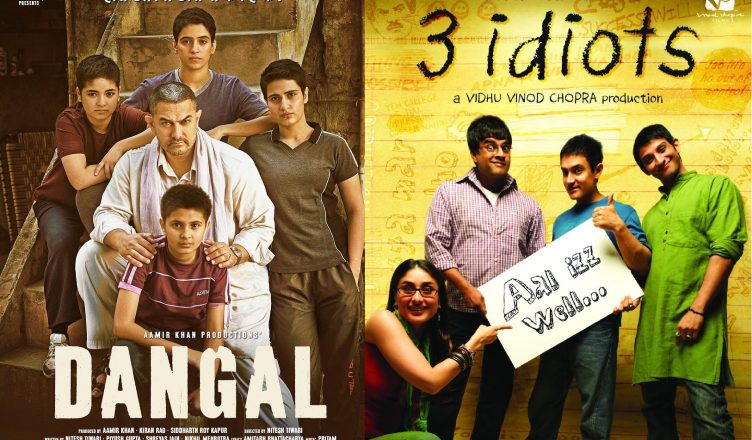 Whenever the industry has been in a deep crisis, it’s Aamir Khan who has brought cheer, turning Santa by coming up with a blockbuster film on Christmas!

2016 has been a bad year with only Sultan being the only all-India universally appreciated blockbuster. There were films that did good business but were not commercial blockbusters. The big budget extravaganzas like Mirzya, Fitoor bombed badly. Even films featuring big names like Fan, Baar Baar Dekho, Rock On 2, A Flying Jatt, Mohenjo Daro etc underperformed. But thankfully, Aamir Khan starrer Dangal ensured that the year ended on a high. The film is doing all-time blockbuster business at the box office. Even during working weekdays, the film did 20 crore plus business which is simply phenomenal. At this rate, Dangal will surely find an entry into the 300 crore club!

Previously, his film similarly had bailed out the industry. In 2009, the recession and multiplex-producer standoff had ensured huge loss. There were no prominent films for 2 months and even before and after that, the industry didn’t see any major successful film. But then came 3 Idiots. Everyone knew it’ll be a huge hit since the word of mouth was insanely positive. But what no one was prepared was the fact that it went on to do 202 crore at the box office. This was the time when a film (Ghajini) had just got into the 100 crore club. Ghajini had netted 116 crore and the next film in the 100 crore club was expected to do 125 or at the most, 130-135 crore. However, 3 Idiots went past that and set a new benchmark, that was crossed only after 3 ½ years!

The industry should thank Aamir and also to the team of his films for giving great value to money. It’s a win-win situation for all – viewers, producers, distributors, exhibitors – all are happy and laugh all the way to the bank while ushering a new year!