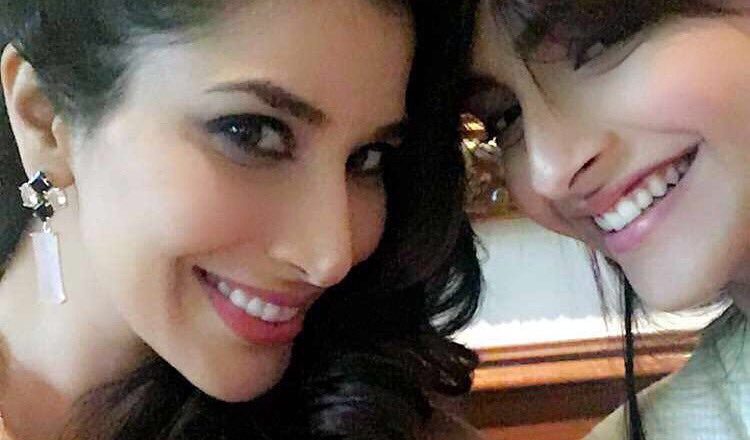 There were reports of Sophie Choudry’s engagement going around since a few days. What’s more, Neha Dhupia and Bipasha Basu even wished her and said that they were looking forward to her bachelorette bash. However, it was all a nice ploy to promote Sophie’s upcoming single ‘Sajan Main Nachungi’ which revolves around a sizzling hot bachelorette bash.

Another promotional tactic that worked was that Sophie launched the first look of the single on Sonam Kapoor’s app. This is probably the first time that a celebrity has launched a song teaser of another artiste on his/her app.

Sophie credits Sonam for being a darling and agreeing to launch her song on her mobile application. Sonam meanwhile says that she didn’t have to do much thinking for this tie-up and loved the idea of Sophie’s song.

When asked about her idea of a perfect bachelorette, Sonam claimed that an amazing destination and her closest friends are a must. Sophie however was bolder in revealing her requirements: Fun friends, great music, some alcohol and eye candy in the form a good looking male stripper!