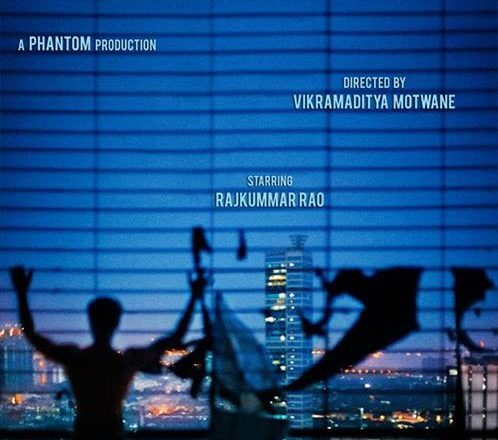 Mumbai is considered to be the city that never sleeps. It is one of the most overcrowded places in the world. Even the density of population is the one of the highest. Yet, imagine a character getting trapped in a house situated right in the heart of the city. He can see people around but he is just not able to call for help! Trapped is based on such a scary idea and director Vikramaditya Motwane treats it beautifully. The result: Trapped is one of the best films to have come out in recent times! The mighty performance of Rajkummar Rao adds to the impact!

The story and best scenes won’t be listed in this review to provide a spoiler-free experience to the readers!

Trapped is just 105 minutes long and there’s no waste of time. The story begins from the first scene itself. Vikramaditya Motwane manages to hold attention right from the start and doesn’t let till the very end. Obviously, the real thrill begins once Shaurya (played by Rajkummar Rao) gets trapped. He’s the only actor in 90% of the film! Almost 45-50% of the film has no dialogues. Yet, one can’t take one’s eyes off the screen. One gets involved with Shaurya’s struggles as he tries various ways to come out of the flat. There are some stomach-churning scenes in the film but these were crucial to the narrative. In the midst, the makers add humour as well. One of the best scenes is when Shaurya dreams happily about going to the overcrowded local train – it is brilliant! The climax is the most exciting and the film ends on a justified note.

However, Trapped is not without its share of blemishes. The manner in which Shaurya gets hold of the flat and manages to get trapped in it with no one knowing his whereabouts is very unconvincing. It’s a major cinematic liberty taken by the makers. Hence, there are portions in the beginning where one might not be able to digest the goings-on.

Trapped is Rajkummar Rao’s best work – no doubt about that! The actor has given many outstanding performances but nothing that can match Trapped! He gets into his character and his struggle, look, body language etc look completely authentic. Watching Trapped made me for once detest the star system in Bollywood. Rajkummar Rao is highly talented with great screen presence and deserves to be celebrated like the Khans and Kapoors! Here’s hoping that happens soon one day – he deserves it! Geetanjali Thapa (Noorie) too makes a huge impact, albeit in a small role. This actor (who also featured in India’s 2012 Oscar entry Liar’s Dice) deserves to be seen more. Yogendra Vikram Singh (broker) is fairly nice.

Alokananda Dasgupta’s music is okay but the background score is exhilarating! Siddharth Diwan is another person that comes out with flying colours with this film. His cinematography enhances the tension and mood of the film. There are no trolleys, jimmy jibs etc used in the film and that makes for a great impact. Special mention should be of the make-up guy – he/she has done a fine job of making look Rajkummar like a hungry, tired trapped guy. Amit Joshi and Hardik Mehta’s story is great while the screenplay has few unconvincing moments in the beginning. But the script is great once Shaurya gets locked in the house. Vikramaditya Motwane’s direction is topnotch as always. In fact, his earlier films (Udaan, Lootera) were quite long but Trapped finishes in just 105 minutes. He manages to hold attention so well despite that there’s only one actor. Yes, there are repetitive scenes at places but it’s all done very nicely. Vikramaditya certainly is one of the finest directors we have!

On the whole, Trapped is a highly engrossing thriller-drama that holds attention despite the fact that 90% of the film involves just one actor (Rajkummar Rao) and that 40-45% of the film has no dialogues. It’s not a dry or so-called art film – it is mainstream and has lot of entertaining moments. Rajkummar Rao delivers the greatest performance of his career – one has to see it to understand the brilliant job that this actor has done! Kudos to director Vikramaditya Motwane for managing to keep the viewers hooked from start to finish. It has some unconvincing moments in the beginning but nevertheless, Trapped makes an impact and will be loved when it releases in theatres, hopefully in early 2017!