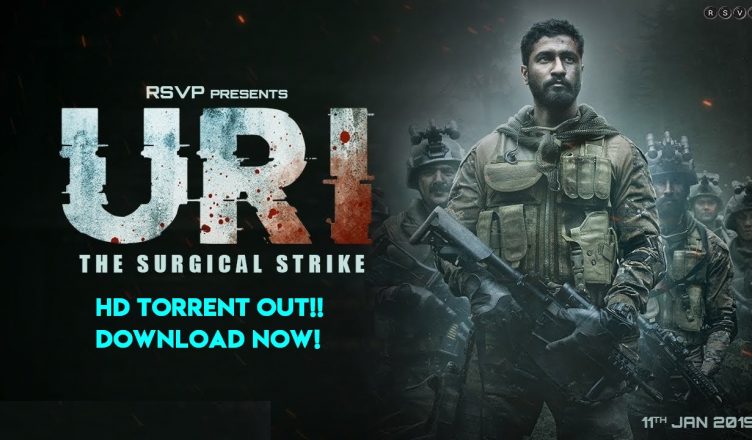 One of the biggest boon or bane in today’s times is piracy. A lot of measures have been taken and yet, the torrent links of almost all major films are out on the day of the release itself. Usually, it’s a bad quality print that is unveiled on the first few days of the release. It’s usually called ‘cam print’ as it involves the filming of a screening of a movie in a theatre using a digital video camera. Despite the bad and shaky print, these cam print files get downloaded a lot. In a few days or weeks, the HD prints are out and needless to say, these are much better and make for a great watch.

Those moviegoers waiting for the good quality print of Uri: The Surgical Strike are quite lucky. After all, the film released yesterday (January 11) and in no time, the HD print has been made available. No wonder that fans who were waiting to see this film in the comforts of their homes are overjoyed. And the exhilaration is tremendous since Uri: The Surgical Strike is one of the most awaited films of the year.

And this article is not just to inform you about the availability of good quality torrent. Below are the links to those torrents which will give you access to this well-made action flick!

For those who don’t know, Uri: The Surgical Strike stars Vicky Kaushal and is based on the historic surgical strikes that took place in September 2016. It was in retaliation to the attacks that took place on the armed forces in their camp in Uri, Kashmir. 4 terrorists entered the camp and killed 19 soldiers and it turned out to be the deadliest attack on security forces in Kashmir in two decades. The morale of the country and soldiers hit an all-time low and that’s when the government, headed by Prime Minister Narendra Modi, decided to initiate the surgical strike. As part of the operation, the soldiers entered Pakistan-occupied Kashmir (POK) at the dead of the night and attacked militant launch pads, eliminating around 35 to 50 Pakistani terrorists. In the film, Vicky Kaushal plays Major Vihan Singh Shergill who heads this operation. Paresh Rawal is seen as Govind Bhardwaj, a character based on National Security Advisor Ajit Doval. Rajit Kapur essays a part inspired by Narendra Modi. Uri: The Surgical Strike also marks the film debut of popular TV actor Mohit Raina. The action flick is the directorial debut of Aditya Dhar and has opened to a roaring response. Sadly, this film on surgical strike couldn’t do a similar surgical strike against piracy…or did it?!

3 thoughts on “High quality torrent print of Vicky Kaushal starrer Uri: The Surgical Strike is out; details and links inside!”