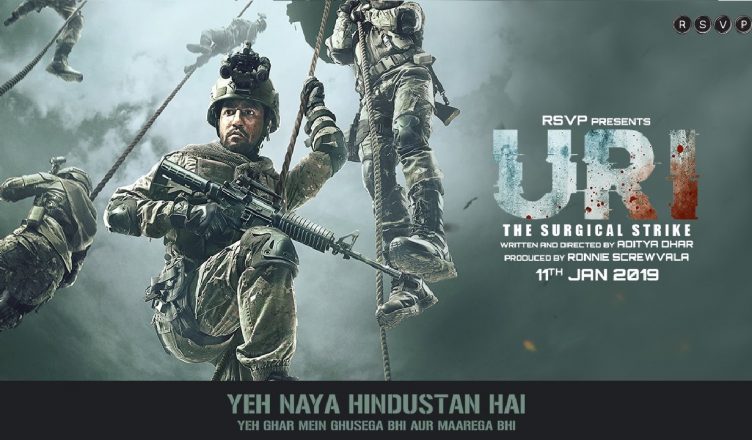 Uri is an excellent piece of cinema with Hollywood style execution. What’s surprising however is that it’s not just a war film or deals only with surgical strikes. The first half is quite unexpected and sans much of action. Yet, it is highly engrossing. The intermission point is killer and the second half is even more exciting. However, few scenes get a bit repetitive and the interest does drop. But the film picks up yet again in the finale and the film ends on a rocking note. Expect claps or even standing ovation in your shows! Vicky Kaushal gives a nuanced and impactful performance. It’s great to see that from Masaan (not counting his previous insignificant roles) to Uri, he has scored a sixer with each of his performance. He has stood out each and every time and Uri is no exception! Paresh Rawal is also quite impressive while Yami Gautam leaves a huge mark. Kirti Kulhari’s role is like an extended special appearance but she’s sure to be loved. Watch out for that background score in her crucial scene! Mohit Raina does an excellent debut and despite lesser screen time, he’ll surely be talked about a lot. Rajit Kapur is a bit unconvincing as the Prime Minister while Yogesh Soman looks every inch Manohar Parrikar! Manasi Parekh, Akashdeep Arora, Sunil Palwal, Anil George, Rakesh Bedi and the young girl give fine performances. As for songs, ‘Beh Chala’ is the best of the lot. Special mention should also go to Shashwat Sachdev for the exhilarating background score and of course writer-director Aditya Dhar. The latter has really made a fine directorial debut…see it to believe it! Don’t miss Uri and start the movie watching season in 2019 with a bang!