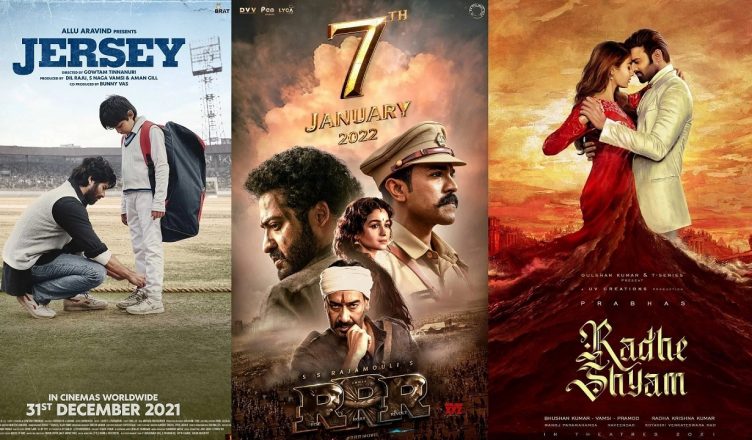 Last week, we had informed viewers how the Shahid Kapoor-starrer Jersey, which was scheduled for a release on December 31, 2021, was pushed indefinitely. The decision was taken due to the rapid rise in Covid-19 cases and also after the Delhi government ordered cinemas to shut down. It gave an indication that soon many more states would either impose restrictions and that the release of more and more films would get postponed.

As expected, RRR’s makers announced that their grand period actioner won’t be able to make it to cinemas on January 7. Yesterday, on January 5, it was announced that Radhe Shyam, which was supposed to arrive in cinemas on January 14, will now release at a later date. Similarly, AkshayKumar-starrer Prithviraj, too, won’t be arriving on the scheduled date of January 21. In short, most of the January releases have moved ahead. Only the John Abraham-starrer Attack has stuck to it’s January 28 release date. But the industry is sure that the action film will also get pushed.

These are the rules in place as of January 6, 2021. At any time, these states can impose more restrictions. Also, other states can also go for curbs. The crucial state of Maharashtra, surprisingly, is still running as before but with 50% occupancy. The government of the state is very strict and prefers to shut cinemas first and open them at the end of the unlock process. As a result, the industry is wondering how Maharashtra is still allowed to reopen though no one is complaining. However, with the daily number of cases all set to cross the 20,000 mark in Mumbai alone, it is believed that it’s only a matter of time before cinemas will be asked to halt operations in the state.

Hence, it can now be safely said that there won’t be a single Bollywood release in January, and also in the first 2 weeks of February. The good news is that the rate of hospitalization is minimal as the Omicron variant is causing mild illness. Many are recovering in home isolation. And experts have predicted that cases should peak in the next 10-12 days. As a result, one can expect the unlock process to begin as early as next month. It now remains to be seen if cinema halls would also be allowed to restart in February or will it be once again a very long wait for the industry.