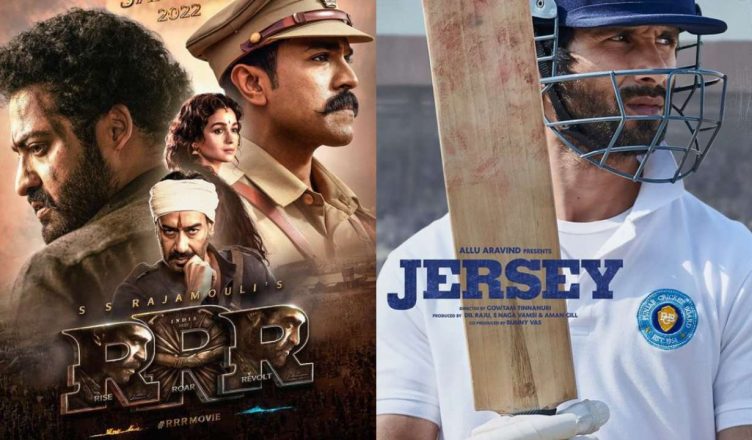 All was going well as the Coronavirus cases in the country were dropping steadily. The cinema business, too, had come on track with films like Sooryavanshi, Spider-Man: No Way Home and Pushpa: The Rise – Part 01 emerging as super hits. Sadly, the Omicron variant entered the country, and has led to a significant rise in the number of cases. Nevertheless, the fear of the virus isn’t there like last time and life was going as usual. In states like Madhya Pradesh, Gujarat, Uttar Pradesh etc, night curfew was introduced, mainly to avoid gathering of people post evening during the festival of Christmas and during New Year’s Eve. The business was slightly impacted but no one was complaining.

But then on Monday, December 27, the government of Delhi decided to shut down cinemas with immediate effect. Shahid Kapoor-starrer Jersey was all set to release on December 31. An hour after Delhi’s Chief Minister Arvind Kejriwal made the announcement, Jersey’s producers revealed that their film has been postponed indefinitely. A few people wondered if this was the right call. After all, just Delhi city was shut; the rest of the country is functioning. However, what’s the guarantee that other states won’t follow suit and shut down theatres in their respective territories? Last year, the producers of Angrezi Medium burnt their hands when they decided to release the Irrfan Khan-starrer in cinemas on March 13, 2020, despite the Covid-19 threat looming over their heads. Within 72 hours, most states shut down the theatres and the business of that film was disastrous.

Hence, it can’t be ruled out that the makers of Jersey must have also feared that if the crucial state of Maharashtra shuts from Thursday or over the weekend and so do the other important states, the film will bomb at the ticket window.

Meanwhile, the Omicron cases continue to increase in most parts of the country. In Mumbai, the capital of Maharashtra, the number of cases were around 600 on December 24 while on December 29, the number jumped to around 2500! Such a huge jump has been rare. The good news is that most cases are asymptomatic or mild and don’t require oxygen beds or even hospitalization. A few voices in the medical and scientific community are predicting that Omicron can be a blessing in disguise because though it’s more virulent, it’s also less likely to cause severe illness or even death. Hence, a prediction is made that very soon, herd immunity will be achieved and the pandemic will come to an end.

Sadly, no credible organization or government can afford to put their gear down over these beliefs. One needs scientific evidence and it’ll come in a few weeks. The industry stakeholders do understand that the government will need to put some restrictions in place. They are asking various state governments to not shut down cinemas; instead, they are requesting them instead to reintroduce the rule of 50% occupancy in cinemas in states where 100% occupancy is allowed. Also, they are also requesting that only fully vaccinated individuals be allowed inside cinemas.

Sadly, there’s no guarantee the state governments will listen to the rule, especially the Maharashtra government which has been strict in putting restrictions. Despite cases jumping to 2500+ in Mumbai, the government hasn’t told cinemas to halt operations. However, as seen in the past, if cases continue to rise exponentially, cinemas can be told to stop functioning. If this happens in a lot of states, the fate of the upcoming films can be in limbo. Next week, January 7, sees the release of arguably the most expensive film of Indian cinema, RRR. The makers are going ahead with the promotions as scheduled. However, everyone associated, including exhibitors, are prepared for any eventuality.

It is an established fact that the chances of one getting infected with Covid-19 in a cinema hall is negligible. Also, it’s bewildering to see that political rallies are allowed in a state like Uttar Pradesh, where a night curfew is in place. These rallies attract lakhs of people and where wearing of masks, social distancing etc goes for a toss. Even weddings are permitted and so are restaurants and pubs. Masks are required to be put down in these situations and it can lead to a spread of Covid-19 as compared to a cinema hall where viewers have to wear a mask compulsorily. Hence, the way cinemas are shut in the first sign of rise of cases is highly unjustified but the industry sadly, is yet to develop a spine to question the authorities over this logic.