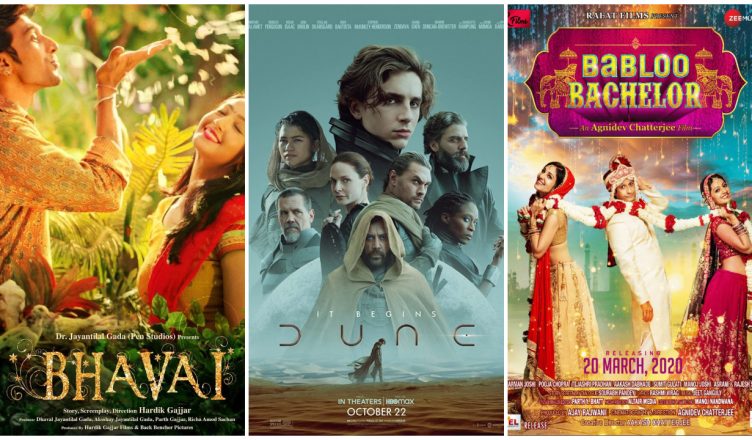 CINEMA HALLS TO FINALLY OPEN IN MAHARASHTRA THIS FRIDAY!

The day is finally around the corner. Two days from now, on October 22, theatres will finally be allowed to resume operations in the crucial state of Maharashtra. We have spoken in this column about how the Maharashtra government has been quite unfair to the film industry. The state contributes nearly 30% of all India business. Hence, without Maharashtra, it was not practical to release a Hindi film. It was no surprise that only 3 major Bollywood films released post the second lockdown – Bellbottom, Chehre and Thalaivii. The first two announced the release dates with the hope that Maharashtra would open up by August 15.

What shocked many was that the cases have been declining steadily almost everywhere in Maharashtra since June. The same month, the government announced a very practical plan of starting theatres and other businesses in cities or districts with least positivity rate. As a result, cinema halls opened in some towns for a few weeks. But this plan was taken back after fears of Delta Plus. Meanwhile, from July onwards, theatres were allowed to open in several states. By mid-August, except for Maharashtra, Kerala and some minor states, cinemas were operational all over the country.

The industry sadly was too scared to openly speak about their anger. Nevertheless, they continued having meetings with the government. Finally, on September 25, chief minister Uddhav Thackeray agreed to open cinemas but from October 22. The industry was overjoyed. However, a few wondered why can’t the theatres start immediately. Also, there were fears that the government might push this date if the cases increase due to the festivals. Moreover, cinema hall owners were also worried that if the government doesn’t allow shows at night, then it can affect the business. The last bit worried the producers too.

But fortunately, the cases reduced instead of increasing. The government didn’t play any mischief and cinemas are opening on October 22 as scheduled. And earlier this week, it allowed restaurants to operate till 12 midnight and shops and malls till 11:00 pm. This made it clear that there’ll be no night curfew and that theatres can play night shows.

Since cinema halls were open in other states, a lot of Hollywood films were released and some of them even did well. Most of these films would make it to cinemas in Maharashtra from October 22. These include Venom: Let There Be Carnage, No Time To Die, Shang-Chi And The Legend Of The Ten Rings, Free Guy and Jungle Cruise. Bellbottom, Chehre, Thalaivii and a small Hindi film starring Faisal Khan, Faactory, will arrive in cinemas too. Then regional films like Doctor (Tamil), Love Story (Telugu), Honsla Rakh (Punjabi) and Qismat 2 (Punjabi) would be screened in select multiplexes.

Two Hindi films would release tomorrow across India, and also in Maharashtra. One is Bhavai, starring Scam 1992 star Pratik Gandhi. It was earlier titled Raavan Leela but its title was changed due to protests. Despite this controversy and Pratik Gandhi’s presence, there’s no excitement. The other Hindi film is Babloo Bachelor, starring Sharman Joshi and Pooja Chopra. Its trailer was poor and it’ll sink without a trace.

Finally, two Hollywood films are also arriving in cinemas tomorrow. While The Last Duel would release across India, the much awaited film Dune would release everywhere except Maharashtra. This is because it won’t get sufficient IMAX and 4DX screens in the state as these screens will be taken over by films like Venom: Let There Be Carnage, No Time To Die and Shang-Chi And The Legend Of The Ten Rings. Hence, Dune will be available in Maharashtra from October 29.

Hence, as one can see, there are plenty of options for cinemagoers from tomorrow. Most of the films sadly won’t get sufficient footfalls but a lot of hope is riding on Venom: Let There Be Carnage as it released just last week elsewhere and did great business.