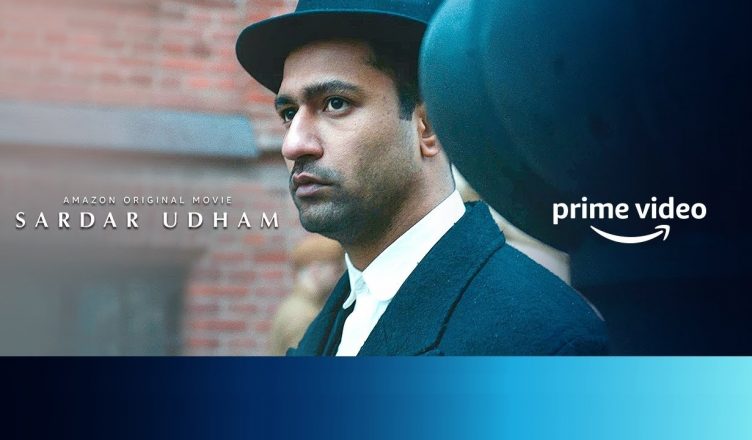 The 1999 film Shaheed Udham Singh had introduced moviegoers with this brave revolutionary who surprisingly was lost in the pages of history. Now, reputed director Shoojit Sircar has come up with his version on the life of this freedom fighter, titled Sardar Udham. The film looks like a grand, rich product and Vicky Kaushal’s presence has added to the hype. Sadly, Sardar Udham fails to overall connect due to multiple factors.

The story of the movie: The year is 1931. Sardar Udham Singh (Vicky Kaushal), a revolutionary, is released from the jail. The British officers are monitoring him but he manages to outsmart them by changing his appearance. He begins to make arrangements to travel to London to avenge the Jallianwala Bagh massacre and kill Michael O’Dwyer (Shaun Scott), the then lieutenant governor of the Punjab. He had given a free hand to Colonel Reginald Dyer (Andrew Havill) that ultimately led to the massacre. On numerous occasions, he also gloated about crushing the rebellion thanks to the Jallianwala Bagh episode. In 1933, Sardar Udham Singh enters USSR and from there, he reaches London in 1934. After staying there for nearly 6 years, on March 13, 1940, Sardar Udham Singh visits Caxton Hill, London where Michael O’Dwyer is giving a speech at a meeting of the East India Association. After the meeting, Udham Singh assassinates Michael O’Dwyer, killing the latter on the spot. He’s immediately arrested. The incident creates ripples around the world. Detective Inspector Swain (Stephen Hogan) is given the charge of this case. He has a difficult job on his hand. Udham Singh refuses to speak a word despite the intense torture. They find numerous passports with different names and hence, they don’t even name what his real name is. Also, they are puzzled why Sardar Udham Singh waited till 1940 to kill Michael O’Dwyer when he had arrived in London way back in 1934.

The initial scenes of Sardar Udham make it clear that this film is going to be a very niche fare. There’s nothing wrong in that and some of the best films from Hollywood and world cinema are based on the same era as Sardar Udham and were not mainstream. Yet, those films had managed to work big time. In case of Sardar Udham, the first half is tedious and even boring. The second half gets a bit better but the film drags and how. A few scenes stand out like the Michael O’Dwyer assassination sequence, Sardar Udham Singh’s meetings with Michael O’Dwyer, Sardar Udham Singh asking what Detective Inspector Swain was doing in life when he was 23 years old and Bhagat Singh’s (Amol Parashar) speech on equality. The Jallianwala Bagh episode is shocking and brutal. The post Jallianwala Bagh sequence is one of its kind. Till now, many films have tackled the Jallianwala Bagh massacre but none of those films touched upon what happened after the attack. Unfortunately, this sequence goes on and on.

Shubendu Bhattacharya‘s story (Research by Oshun Banerji, Tushar Sheetal Singhal and Bhargav Oza) is enriching and gives an ode to an important freedom fighter of our country that is sadly not known to many. Shubendu Bhattacharya and Ritesh Shah‘s screenplay is disappointing. The writing is not very tight and the non-linear narrative doesn’t do justice. Also, the writing should have been compact and not so lengthy. A few individualistic scenes, however, are well written. Ritesh Shah‘s dialogues are powerful. For authenticity purposes, many dialogues are also in English.

Shoojit Sircar‘s direction is not upto the mark, which is shocking, considering that he has exceptionally helmed films in the past. Technically, he gets it right and the film seems rich and matches global standards. But the direction leaves a lot to be desired. One of the biggest problems is with the duration. At 162 minutes, the film is too lengthy and is sure to test the patience of the viewers. If the narrative was linear, the audiences would have still been hooked. However, in the first half, the narrative jumps timelines and it hampers impact instead of enhancing. A few questions remain unanswered. In the second half, one expects fireworks. But a particular important track goes on for nearly 28 minutes. We understand that the director wanted viewers to feel the enormity of the situation. But by extending it to nearly 28 minutes, it began to feel repetitive after a point.

On the whole, Sardar Udham throws light on a brave and sadly unknown freedom fighter of India. The film is technically top-class and embellished with Vicky Kaushal’s award-winning performance. However, the long length, non-linear narrative, and the weak script and direction play spoilsport.