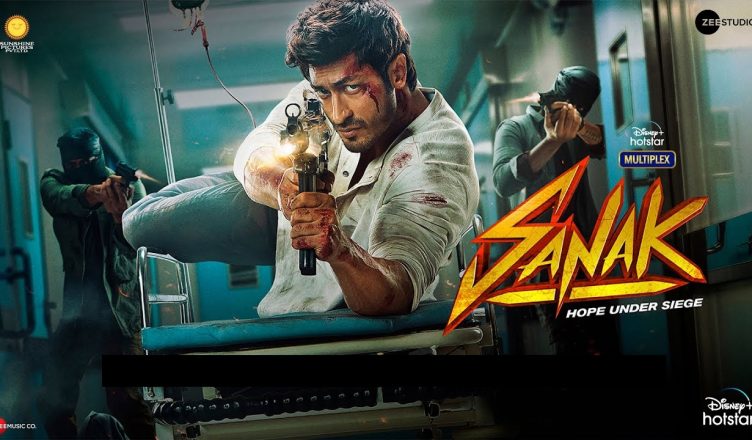 Sanak has an interesting concept and is executed neatly and simply. We have already seen Vidyut Jammwal attempting death-defying stunts. But this time, his action scenes are novel and out of the box and the various props seen in the hospital are well utilized. At a couple of scenes, I was amazed and had I seen it in cinemas, I would have surely clapped and hooted! Sadly, the film drags in the last 30 minutes. This 116 minute long film ideally should have been 90 or 100 minutes long for a better impact. A few questions remain unanswered and at a couple of places, the logic goes out of the window and how. The dialogues in the romantic scenes are also quite childish. Speaking of performances, Vidyut Jammwal, as always, is in his element. Rukmini Maitra makes a confident debut in Bollywood. Chandan Roy Sanyal is terrific as the baddie. Neha Dhupia is apt for the role. Chandan Roy (of Panchayat fame) is hilarious and the surprise of the film. Kiran Karmarkar gets no scope. Harminder Singh Alag (Zubin) is likeable. The foreign actors – Daniele Balconi, Ivy Haralson, Alois Knapps and Du Tran Au – do well. Sunil Palwal is decent in a small role. All in all, Sanak is a timepass entertainer. This is a film made for cinemas. Now that the theatres are opening in Maharashtra, I hope this is the last massy film which has gone directly on digital.